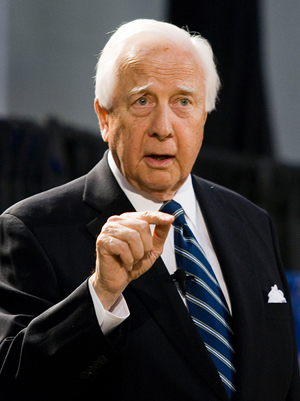 WASHINGTON (AP) – It’s hard to keep up with David McCullough at the Smithsonian’s National Portrait Gallery.

“I think it’s one of the real treasures of the capital city, really of the country,” says the 77-year-old historian during a recent afternoon interview, excited as a school boy as he walks quickly along hallways, up and down stairs, from room to room.

“Here’s the painting I wanted to show you,” he says, stopping in front of an oil portrait by Abraham Archibald Anderson of a pensive, bow-tied Thomas Edison.

“This has a nice story. Edison came to the World’s Fair in Paris in 1889. That was the fair that introduced the Eiffel Tower to the world. He had some 400 of his inventions on display and was a sensation. The crowds followed him everywhere. The electric light was already transforming Paris, let alone the world. So he hid to get away from the paparazzi and the crowds. He stayed with a friend of his (Anderson), and Anderson painted this portrait of him while he was in the studio.”

“He painted this at the time of the attack on Fort Sumter. It ran only a short while after he had painted Lincoln in Illinois,” McCullough says of Healy. “The guy is like Forrest Gump. He keeps showing up wherever history is going on.”

The artists he discusses share two vital qualities, McCullough says. They all spent at least some time in Paris and they all are in the same business as he is. They are historians, documenting the people, the customs and the conflicts of a given era.

McCullough believes that artists share the glory of the presidents and military leaders he has celebrated, and he honors the creative spirit in his new book The Greater Journey. It’s a new telling of a classic American experience – living in Paris – inspired by the most dreary of American experiences, the traffic jam. McCullough was stuck a few years ago in Washington’s Sheridan Circle, where he had little better to do than stare at the equestrian statue of the circle’s namesake, Union general Philip Sheridan.

“I was looking over at him and wondering how many people who drive around this circle every day had any idea who he was,” McCullough says as he drinks from a cup of lemonade in the museum’s courtyard. “And at the same time I was thinking about that, Gershwin’s Rhapsody in Blue was playing on the radio.

McCullough won a Pulitzer Prize a decade ago for his biography of John Adams and his new book is meant to validate Adams’ belief that his generation should study war and politics so that the grandchildren can pursue the fine arts. The Greater Journey begins decades after the Revolutionary War has been won, in the 1830s. McCullough ends in the early 20th century and doesn’t bother with the stories he reasons that readers already know: Jefferson and Benjamin Franklin in the 1780s; Ernest Hemingway and F. Scott Fitzgerald in the 1920s.

Instead, he tells of novelist James Fenimore Cooper befriending painter and future inventor Samuel Morse, Catlin arriving with an entourage of Iowa Indians, the parallel lives of painters Mary Cassatt and John Singer Sargent, who stayed and worked in Paris around the same time but hardly knew each other.

He frames the narrative, in part, around visits by author and lecturer Oliver Wendell Holmes Sr. He is first seen as a medical student eager for distance from his Puritan father, then 50 years later, as a widower and international celebrity, paying an unannounced visit to Louis Pasteur so he could “look in his face and take his hand, nothing more.” Midway through the book, McCullough devotes a long section to the German siege of Paris in 1870-71 and quotes extensively from rarely seen journals by the U.S. ambassador to France, Elihu Washburne.

“That’s one of the biggest pleasures – that I learned so much. I love it when I’m learning something. That for me is the pull of the work,” he says. “I had a terrific time with every book I’ve written, but this is the best time I’ve ever had. I’ve had more pure joy in writing this book. Structurally, the form is my own creation. I cast it with my own characters. There’s no obligatory group I had to write about, no narrative chronology I had to follow.”

McCullough is a million-selling author, a two-time Pulitzer-winning biographer of presidents Adams and Harry Truman, and perhaps the most recognized historian alive today, with his white hair, jowls and fatherly baritone. But as a boy, and as a young man, he wanted to paint. At age 10, he was dazzled when his art teacher, Miss Mavis Bridgewater, demonstrated the two-point perspective on the blackboard. In college, Yale University, he worked at being a portrait artist.

If artists are really historians, then historians, ideally, are artists, he says. He sees himself as a kind of painter, “drawn to the human subject,” he once wrote, “to people and their stories.”

Paris, of course, is part of the landscape. He remembers visiting the city for the first time, in 1961, arriving in winter late at night, taking a long walk in the rain with his wife, Rosalee. For The Greater Journey, he flew over at least once a year, staying for two weeks. Just as he once re-enacted the morning walks of Truman in Washington, he wanted to make sure he had a firsthand sense of events in Paris.

“I would go over to see how much I got wrong – by walking the walk, soaking it up, timing my walk from an apartment to the artist’s studio,” he says.

McCullough was a writer and editor at the United States Information Agency when he first landed in Paris. He soon joined the history magazine American Heritage and while there worked on his first book, The Johnstown Flood. Released in 1968, Johnstown told of the 1889 disaster, the Hurricane Katrina of its day, that overwhelmed the town of Johnstown, Pa., and killed more than 2,000 people. He followed with a story of success, The Great Bridge, published in 1972 and still regarded as the definitive account of the building of the Brooklyn Bridge.

“I feel in some way I’m coming back full circle. The Brooklyn Bridge is a great creation. It is a work of art, an American emblem, just as those pieces of sculpture by Saint-Gaudens are emblems,” he says, adding that publishers had wanted to write about the Chicago Fire or other disasters.

McCullough says he loves the 19th century because of all the extraordinary changes – the telegraph, the telephone, the steam engine, the electric light. His latest book, though, comes during a 21st-century revolution. The Greater Journey is the first full-length McCullough release since 2005, before the Kindle, Nook or other e-book devices. The new market could test even an author as beloved as McCullough. The announced first printing is big, around 500,000 copies, but less than half the 1.25 million for 1776, which came out well before Borders was shuttering stores around the country. And McCullough’s editor, Bob Bender at Simon & Schuster, doesn’t expect The Greater Journey to be a major e-book seller.

“My guess is that e-book sales will be small,” Bender says. “This is the kind of book people will want to keep on their shelves. If we can toot our own horn a bit, it’s a beautiful book, and the images are better seen on paper. This book really makes the case for the physical book.”

McCullough doesn’t deny that he “lives in a different time.” He writes letters, not emails, and uses a manual typewriter. He doesn’t know a thing about computers, and although he was a longtime commentator for the PBS show The American Experience, he doesn’t bother with TV. He had no idea that his publisher had set up a website about his book, www.davidmccullough.com.

He recently purchased a home in an old American city, Boston, and is far more tuned in to the 18th and 19th centuries, not just to the major historical events but to individual stories, to the art and the literature. Asked when he would have preferred to live, he mentions the 1880s in Paris, around the time the Eiffel Tower was built.

McCullough may have a go at the 20th century for his next book: He’s interested in 1913, the year before World War I began, when the United States enacted the federal income tax and the towering Woolworth Building in New York opened. But he has not committed himself to a subject, or even to a schedule. He might even take a break and turn full time to an old passion. 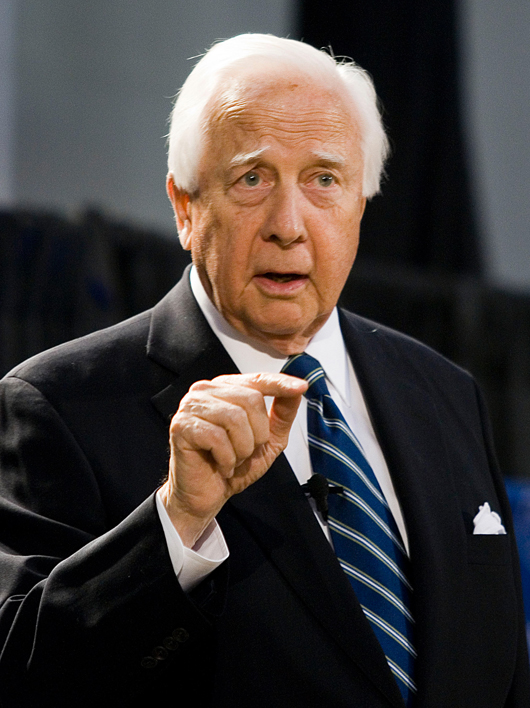 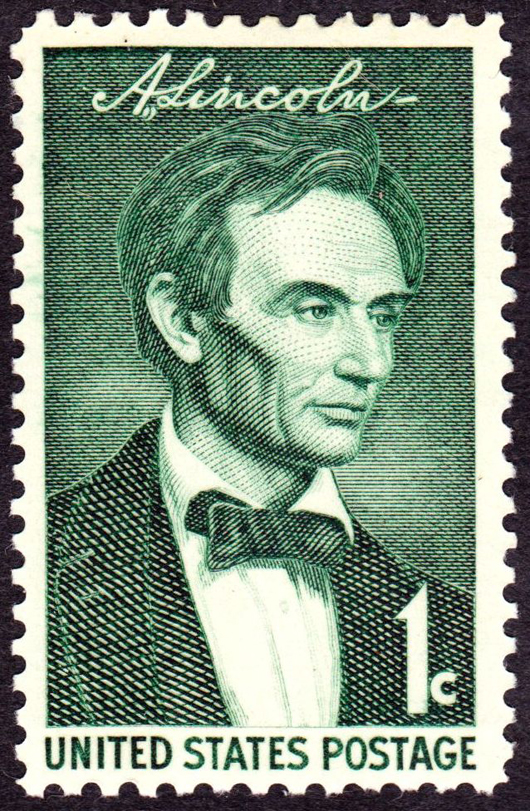 The 1959 commemorative Abraham Lincoln stamp is based on George Healy’s portrait. Image courtesy of Wikimedia Commons.

An American classic, Barrel of Monkeys opens up about turning 50