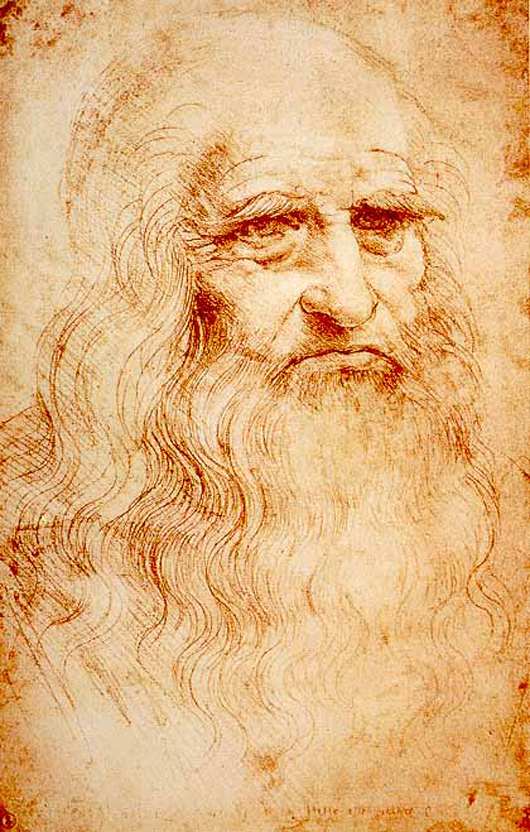 “He’s the most fun, joyous person I can imagine,” says the best-selling biographer, whose “Leonardo da Vinci” comes out Oct. 17. And that was the big surprise. I thought he was going to be this brooding genius.”

Isaacson, 65, sees the da Vinci book as the culmination of his biographies about innovators that include works on Steve Jobs, Benjamin Franklin and Albert Einstein. Long fascinated by those who wedded logic and creativity, he says da Vinci left us with dazzling works of art and scientific breakthroughs and was also a model for a more joyous and spontaneous way of life. Isaacson spent extensive time with Jobs, but his book on da Vinci, who died in 1519, seems more personal. Isaacson doesn’t just describe the “Mona Lisa” and other paintings, but adds analysis and reflection. Basing much of his book on Leonardo’s thousands of notebook entries, with a given page often including sketches and thoughts on anything from human anatomy to his household budget, he became so caught up in da Vinci’s limitless curiosity that the book’s “coda” is his own brief, admittedly random, report on the tongue of a woodpecker.

“It’s nothing the readers have to know. It’s not going to be useful to their lives, but I thought that everybody, just like me at the end, would want to know out of pure curiosity,” he explains. “I wanted to go hand in hand with the reader as we jointly discover the joys of Leonardo. I wanted to say, ‘Hey, stop for a moment and imagine him seeing a swill of water as he’s about to paint the curl of the angel in ‘The Virgin of the Rocks.’ Stop for a moment and marvel at the geological precision of the rock formations.”

Isaacson intends the book as a da Vinci tribute, right down to its design: “Leonardo da Vinci” is printed on 80 stock paper with high-definition illustrations. And in the spirit of blending art and technology, Isaacson spoke to museum curators and technology leaders. Bill Gates, who in the 1990s purchased Leonardo’s scientific writings, otherwise known as the Codex Leicester, gave Isaacson special access to the notebooks. Art historian and da Vinci scholar Marco Cianchi, who consulted with Isaacson on the manuscript, calls the book a “biography with a special point of view,” one that joins Leonardo with the “innovators of our technological age.”

“As an Italian who’s always worried about the fictional way the Renaissance is represented, I find Walter’s ‘Leonardo’ an important contribution for a better understanding not only of our past but also of our present time,” Cianchi told The Associated Press in a recent email.

Countless works have come out on da Vinci and many more are expected as the 500th anniversary of his death approaches. Leonardo DiCaprio, himself named for the artist, is expected to star in a film version of Isaacson’s book. Isaacson, interviewed at the offices of Simon & Schuster, spoke of everything from the “Mona Lisa” to Leonardo and the internet.

“Others have criticized Leonardo for getting distracted and doing scientific experiments when we should have been painting ‘The Battle of Anghiari’ or the ‘Adoration of the Magi.’ But every passion that he had deepened his appreciation for the patterns of nature. So even if he was devising an engineering scheme to divert water, and spending page after page of his notebook looking at how water spirals when it hits an obstacle, you later see that in the river flowing at the back of the `Mona Lisa,’ or the spirals of her curls.”

“Steve Jobs had difficulty letting go of a product until he had it perfected. He held up shipping the original Macintosh because the circuit board inside, which nobody will ever see, wasn’t beautiful enough. Eventually Jobs retreated from this obsessive perfection and embraced a new maxim, which his team taught him, which is, ‘real artists ship.’ Leonardo never fully embraced that real artists shipped. He held on to the ‘Mona Lisa,’ ‘St. Jerome in the Wilderness,’ ‘St. John the Baptist.’ He believed in holding on to the product, and one of the lessons he teaches us is that, yes, real artists ship. You should try to finish the project, but every now and then, every once in a while in life, you should let the perfect be the enemy of the good.”

ON THE `MONA LISA’

“You don’t get to paint the ‘Mona Lisa’ unless you spend a lifetime appreciating the connections of patterns across from nature’s disciplines. … Right to the end of his life, he’s adding the tiniest layers of glaze stroke, so that it catches the light more perfectly. And it is the ultimate combination of all of his passions, from water to anatomy to art. He wanted to know everything that could possibly be known about everything there was to know about our cosmos, including how we fit into it. And the `Mona Lisa’ is the culmination of that quest.”

ON DA VINCI AND THE INTERNET AGE

“Leonardo da Vinci was extraordinarily lucky to be born the same year (1452) that Gutenberg opened his first commercial printing shop. And so a kid like Leonardo, with no formal education, could teach himself anything he was interested in by searching out books. And we go through Leonardo’s notebooks and he keeps a list that gets bigger and bigger, grows to 400-500 books on everything from math to poetry, because the printing press has come around. He would be overjoyed at the concept of being alive at the time of the internet, where any topic that pricked your passion you could drill down on. Because that’s what he did; he geeked out, he drilled down.”