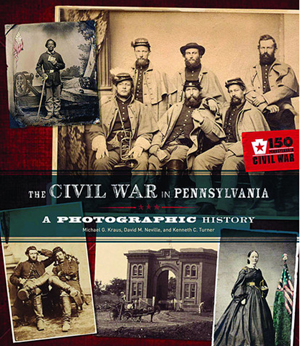 Written by a trio of memorabilia collectors documenting the Civil War in Pennsylvania, the paperback book presents a large selection of images, some of which have never before been published.

The authors are Michael G. Kraus, curator of collections of the Soldiers and Sailors Memorial Hall and Museum in Pittsburgh; David M. Neville, a military historian specializing in the Civil War, publisher of “Military Images” magazine and co-writer with Kraus of a DVD documentary series entitled “Civil War Minutes”; and Kenneth C. Turner, a writer and researcher for a number of Civil War-related magazines and projects, including the Time-Life “Civil War” series.

The book was published by the Senator John Heinz History Center for Pennsylvania Civil War 150.

Turner has amassed one of the largest privately held collections of images and memorabilia related to the Civil War in Pennsylvania. It includes recruiting posters, presentation swords, inscribed corps badges, letters and weapons.

In his foreword, Edward L. Ayers, president of the University of Richmond and author of “In the Presence of Mine Enemies: Civil War in the Heart of America,” emphasizes that “the 150th anniversaries of the American Civil War and Emancipation offer us a great opportunity and a great challenge. More than at any time since those momentous events, we have a chance to see them fully and clearly.”

Works by notable 19th century photographers represented in the book include Matthew B. Brady, Timothy Sullivan and Frederick Gutekunst.

“The Civil War in Pennsylvania” is available for $34.95 online at ShopPAHeritage.com.

Pennsylvania Civil War 150 is the state’s official program commemorating the 150th anniversary of the Civil War, being observed from 2011 to 2015. The PA Civil War 150 Committee, convened by the Pennsylvania Historical and Museum Commission (PHMC) in partnership with the Pennsylvania Heritage Foundation, Harrisburg, the Senator John Heinz History Center, Pittsburgh, and the Historical Society of Pennsylvania, Philadelphia, is a statewide alliance of history, heritage, arts and cultural organizations from throughout the state.

PA Civil War 150’s mission is to leverage the considerable strengths of these institutions and bring quality programming to the state’s commemoration of the sesquicentennial of the American Civil War. PA Civil War 150 includes a wide array of statewide initiatives and facilitates numerous activities and events at the regional and local levels. 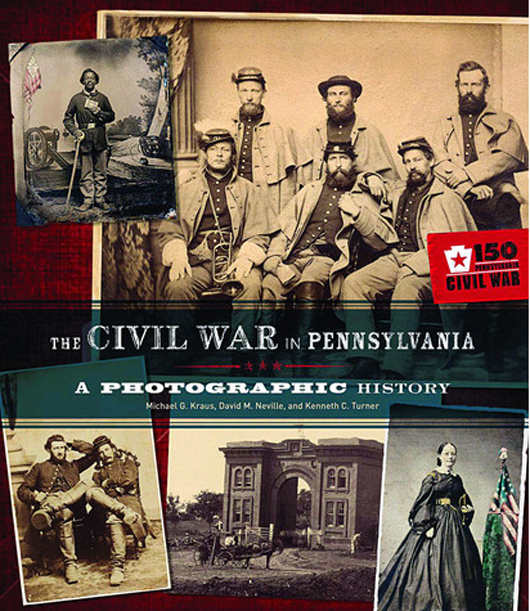