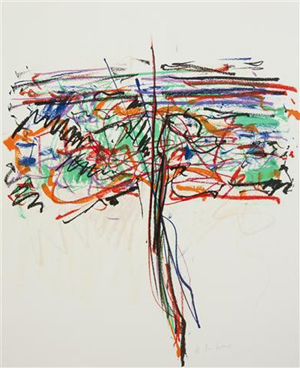 NEW YORK – From the book Joan Mitchell, Lady Painter: A Life (Alfred A. Knopf), by Patricia Albers: At age 12, Joan Mitchell decided to be a painter. She had shown a flair for writing and for painting, but her father made her choose between the two, warning against being a dilettante.

He needn’t have worried – Joan turned out to be as driven as he was. When Mitchell died in 1992 at age 67, her paintings sold for millions and belonged to major art museums. But her fame came at a terrible price.

A lifelong alcoholic, Mitchell was a nasty drunk, brawling with lovers until she was black and blue. Reckless, promiscuous and self-destructive, she wanted children yet had several abortions because she believed motherhood was incompatible with a career.

Art historian Patricia Albers, who spent eight years on this densely packed, excellent biography, offers a largely sympathetic portrait of Mitchell, uncovering ample evidence of her warmth and generosity and tracing her outrageous behavior to a variety of unresolved psychological issues.

Born in Chicago, Mitchell grew up in a wealthy family. A championship figure skater as a teen, she went on to study at Smith College and the Art Institute of Chicago, where she was a star pupil.

In 1949, she moved to New York with her former husband, Barney Rosset Jr., who later founded the legendary Grove Press, at Joan’s suggestion. They arrived just when a group of downtown artists, later called the New York School, was about to set the world on fire. Mitchell fell under the spell of Willem de Kooning and Franz Kline, whose bold, large-scale abstractions liberated her from her academic training.

Sometimes called a second-generation abstract expressionist, Mitchell defies such labeling. Although she borrowed their gestures and techniques, her paintings capture remembered landscapes and emotions, not the artist’s inner world. Nor did she emulate the random effects of an artist like Jackson Pollock; every brushstroke was intentional.

Although Mitchell never created a movement, she stands out for her striking use of color. Like one of her idols, Wassily Kandinsky, she was a synesthete, perceiving color in other sensory perceptions. People, weather, landscapes, memories _ all throbbed with the intensity of the palette of another hero, Vincent van Gogh.

Fiercely competitive from an early age, Mitchell waged a lifelong battle against sexism. Even her father – who badly wanted a John, not a Joan – told her she’d never amount to much because of her gender. Thus her ironic references to herself as “lady painter,” a sly put-down she used knowing full well that her art deserved to hang alongside that of her more celebrated male contemporaries. 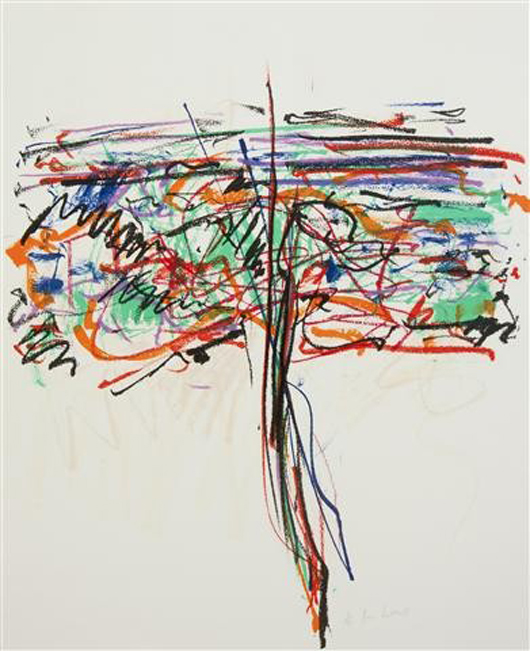 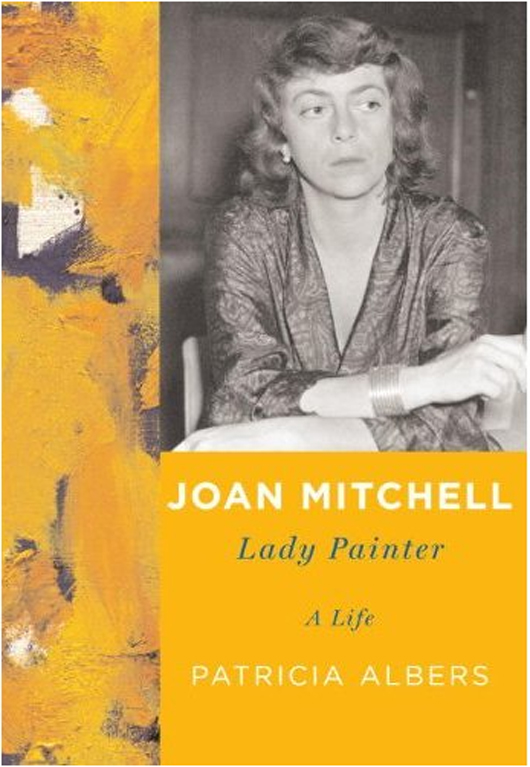