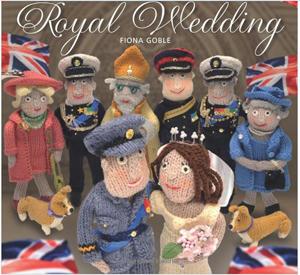 Click here to purchase Knit Your Own Royal Wedding through Amazon.com: http://www.amazon.com/Knit-Your-Own-Royal-Wedding/dp/1449409245

LONDON (AP) – The bride’s dress, it can now be revealed, is made of wool. So are the groom, the guests and the royal corgi.

Amid the acres of souvenirs, memorabilia and merchandise produced to mark the wedding of Prince William and Kate Middleton, one surprise success is Knit Your Own Royal Wedding, a stitch-by-stitch guide to creating the April 29 event out of yarn.

The book has sold 50,000 copies and been through four print runs since it was released last month by a small English publisher, Ivy Press. It is part of a tide of stitching, printing, painting and other handicrafts that are commemorating the royal nuptials – and celebrating a quirkily old-fashioned sense of British style.

Knit Your Own author Fiona Goble spent a month creating patterns for wedding figures including William and Kate, Queen Elizabeth II, Prince Philip, Prince Harry, the Archbishop of Canterbury and even one of the queen’s beloved corgi dogs.

“Kate was quite hard, because she doesn’t have many distinguishing features,” said Goble, whose previous books include Knitivity, a woolen Christmas scene.

“The one that was the easiest was Harry because he has bright red hair – I say that as a fellow redhead – with close-set eyes and a square jaw.”

Like many other royal wedding crafts, Knit Your Own is irreverent – it’s accompanied by a promotional video that shows the woolly royals dancing a conga line – without being mean-spirited.

Goble said her book was created in a spirit of “creativity and frivolity.”

Much of the figures’ charm lies in the details Goble has labored to create, from the medals on the men’s military uniforms to the blue oval engagement ring on Kate’s finger. The book includes instructions for different outfits, including the blue wrap dress Middleton wore at the engagement announcement in November.

“We took a lot of trouble getting the clothes right,” Goble said. “And I spent a lot of time getting the hairstyles right: Camilla’s flicks and the queen’s hairspray and set.”

The book has proved a big hit, even though the time commitment involved in making the figures is daunting. Goble says it should take a competent knitter between five and seven hours to create each figure. She found the corgi the hardest, its tiny legs a challenge to even the seasoned knitter.

Can’t knit? Don’t despair. Royal wedding fans also can purchase William and Kate coloring books, paper dolls and a William and Kate Dress-up Dolly Book. Cross Stitcher magazine has offered a “funky commemorative sampler” of Kate, while individual craftspeople have produced everything from a “Keep Calm and Marry On” cross-stitch, inspired by a famous wartime poster, to Kate and William gloves – the “Kate” one embroidered with a blue engagement ring.

A hip private members club in London recently held a craft fair dedicated to the royal wedding. Craft writer and blogger Perri Lewis said the diversity of the creations was striking.

“Half the people had done anti-monarchy stuff like ceramic anarchist mugs, and on the other side were people selling Kate and William jewelry,” she said.

The explosion of handcrafted creativity is part of a movement that has seen Britain’s army of crafters responding to current events – sometimes satirically, often affectionately, in a blaze of retro typography and Union Jack stripes.

“It’s the inappropriateness of it – you don’t expect to see politicians in knitted form or Kate and Will made out of felt,” Lewis said. “The whole unexpectedness of it is what makes it go viral.

“It attracts people who don’t necessarily care for knitting. They wouldn’t look at a scarf or a cardigan, but if you tell them there’s a knitted David Cameron, they’ll have a look.”

That’s certainly true of Knit Your Own Royal Wedding, whose appeal goes well beyond Britain’s knitting circles. Goble said she thought the buyers would be “knitters who wanted to do something a bit different.”

“But it’s also people who buy royal wedding souvenirs, people who want something that’s a bit different – not a mug or a tea towel.” 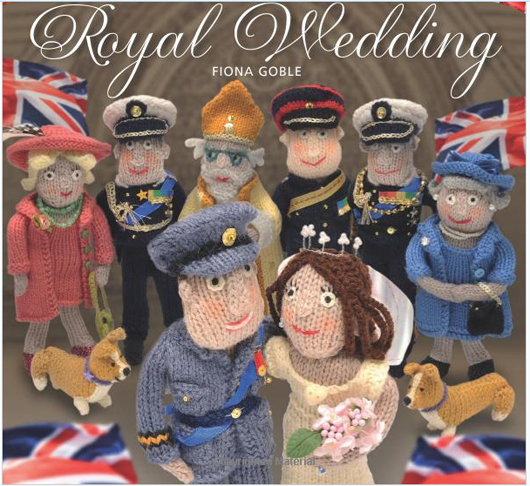 Click here to purchase Knit Your Own Royal Wedding through Amazon.com: http://www.amazon.com/Knit-Your-Own-Royal-Wedding/dp/1449409245