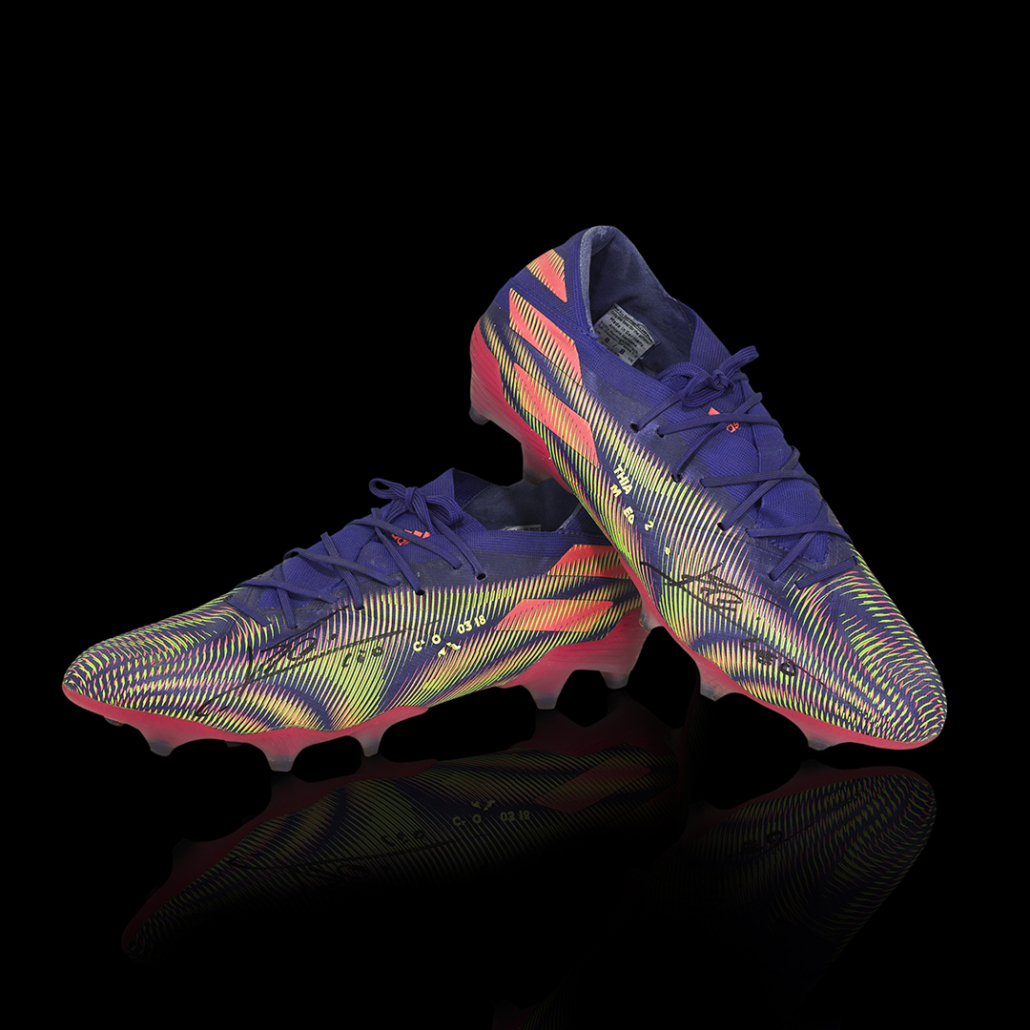 Historic pair of game-worn Lionel Messi boots, which sold for $173,000 at Christie’s

LONDON – Lionel Messi’s adidas record goal-scoring boots sold at Christie’s for £125,000, or more than $173,000, with proceeds benefitting the Arts and Health Project of the Vall Hebron University Hospital in Barcelona.

On December 22, 2020, Lionel Messi broke one of football’s greatest records — scoring the most goals for a single club — when he netted his 644th for FC Barcelona in their game against Real Valladolid. The previous holder of this long-standing record was arguably the game’s most celebrated player, Pele. 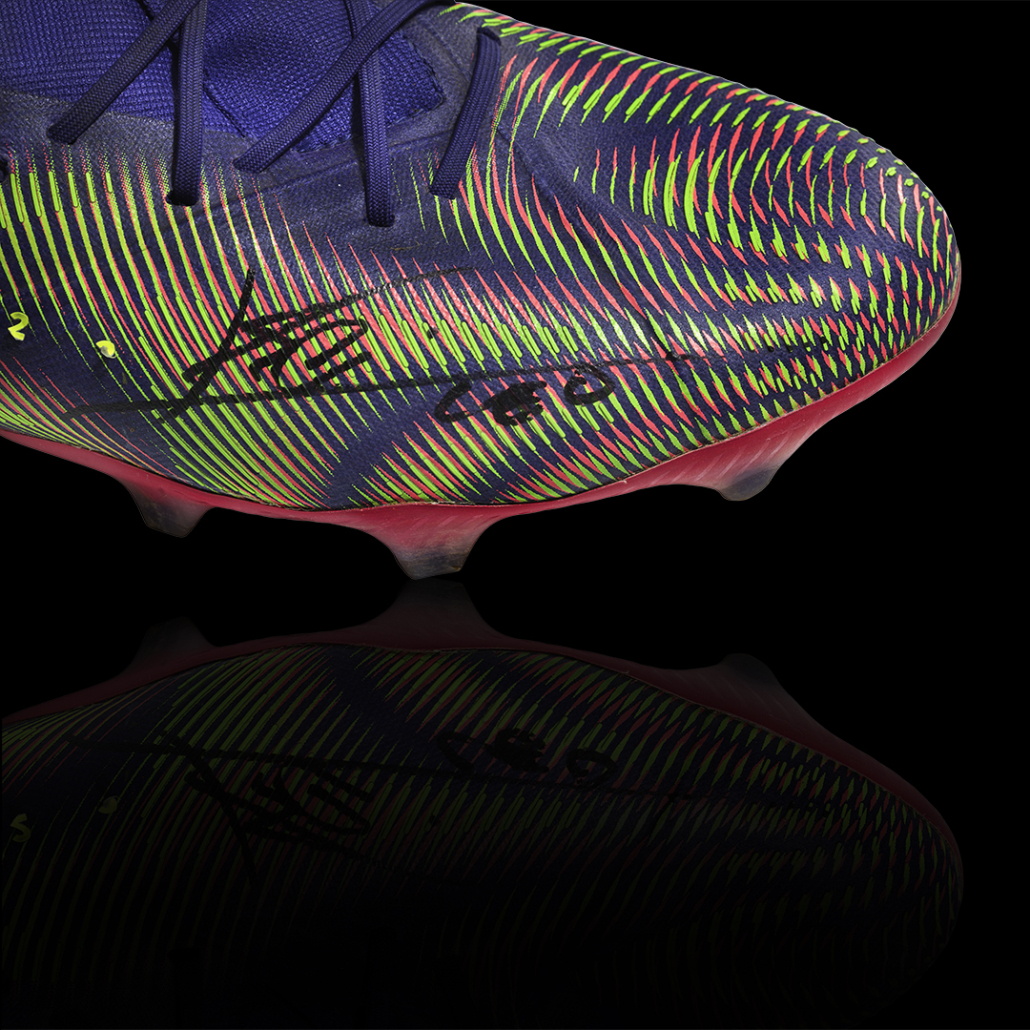 Messi signed the game-worn boots, which he auctioned to raise money for charity.

Messi, who had equalled the record in his previous match, collected Pedri’s pass in the 65th minute and calmly slotted the ball past the Real Valladolid goalkeeper to make the scoreline 3-0, before pointing to the sky in celebration, a familiar sight for football fans across the globe.

The game-worn boots, used to score the record-breaking goal against Real Valladolid, were signed by Lionel Messi. After initially being displayed at the Museu Nacional d’Art de Catalunya, the boots were offered at auction to raise funds in aid of the Vall d’Hebron University Hospital’s Art and Health programme.