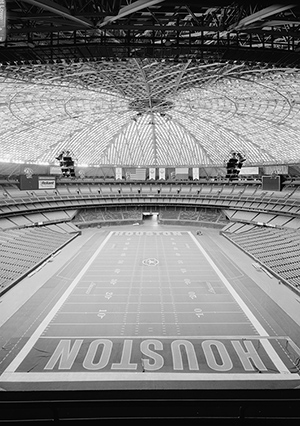 HOUSTON (AP) – Thousands of people lined up Saturday for the chance to take home a piece of the iconic, but dilapidated Houston Astrodome, once dubbed the “Eighth Wonder of the World.”

The “yard sale” and auction got underway in the morning at the Reliant Center, the convention center adjacent to the now-closed domed stadium. More than 4,000 people were inside or waiting to get in by about 10 a.m. Saturday, Reliant Park officials said, the line twisting through the center and out the door.

For those looking for a cheap memento, a 12-inch by 12-inch piece of AstroTurf cost $20. Seats were going for $200 a pair, and larger items, including autographed lockers and dugout benches, were being auctioned off. The first item up for auction, a set of 10 pretzel warmers from an old concession stand, went for $50.

Other items for sale included projectors, VCRs and turnstiles.

“I wanted to come out here and get something before they tear it down,” Escobar said.

Opened in 1965, the Astrodome was the world’s first multipurpose domed stadium. It was home to the Astros and the Oilers. But no professional sports team has played there since 1999 and the stadium has been closed to all events since 2009.

Voters will decide Tuesday whether to approve a referendum authorizing up to $217 million in bonds to turn the stadium into a giant convention center and exhibition space. Houston-area leaders have said that if the referendum fails, the Astrodome will probably be razed.

A poll conducted in mid-September by Rice University in Houston found 45 percent of likely voters supported the referendum, with 35 percent opposing it and nearly 20 percent still undecided.

With its fate still undecided, the Astrodome was awash in nostalgia Saturday. Some people showed up in the Astros’ famous orange-striped “rainbow” jerseys from the 1970s. Others wore old Oilers caps, commemorating a team that left Houston for Nashville to become the Tennessee Titans in the late 1990s after failing to get a new stadium.

Lorenzo Fuentes recalled paying $4 for tickets to games as he finished buying four squares of turf.

“I have a lot of big memories of the Astrodome,” Fuentes said. He added that his wife didn’t necessarily understand, and told him that anything he brought home from the stadium would have to stay in the garage. 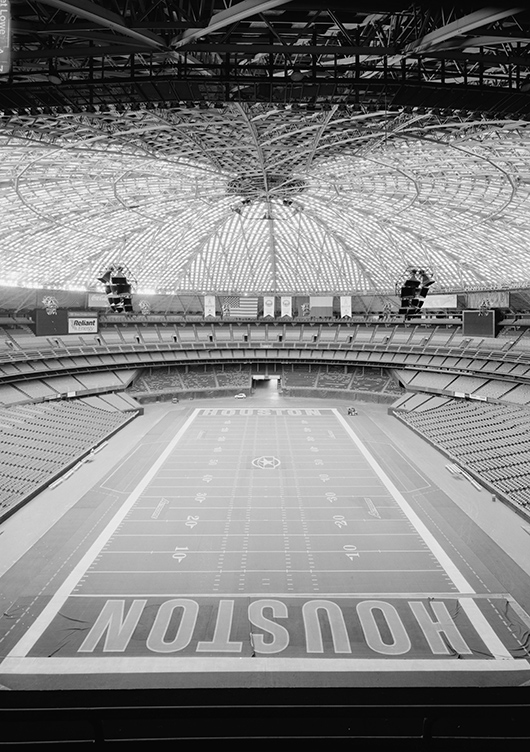