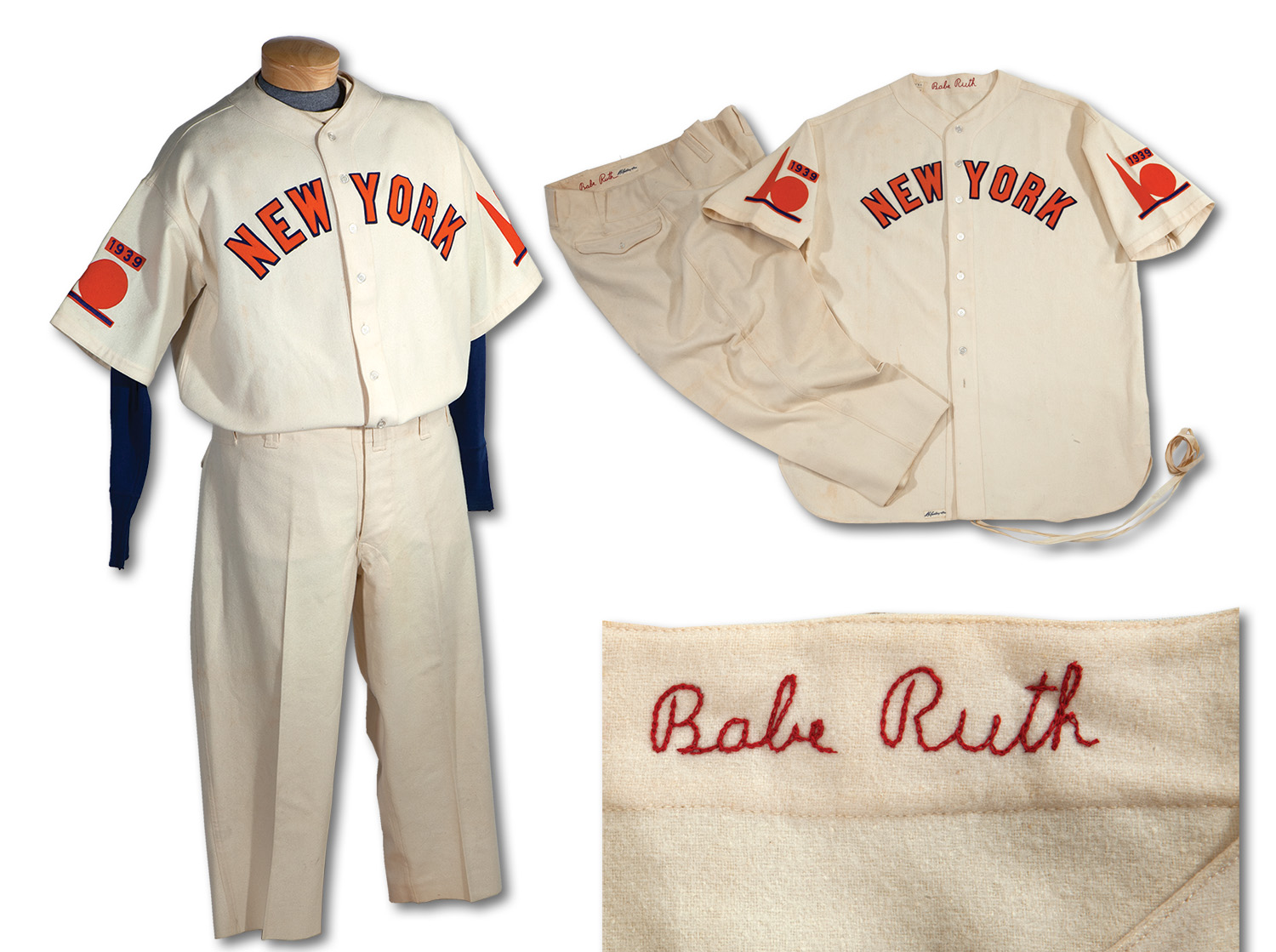 SCP Auctions sold the uniform at its 2017 Winter Premier auction, which closed Sunday. The entire auction of 1,021 lots of sports memorabilia, game-worn items and autographs brought in $3.4 million.

“It’s no surprise that once again, Babe Ruth carried the day in an auction featuring a broad array of historic sports memorabilia,” said Dan Imler, vice president of SCP Auctions. “The ‘Sultan of Swat’ still resonates with collectors more than any other name in sports history, nearly 70 years after his passing.”

The custom-made flannel uniform was manufactured by A.G. Spalding & Bros., and Ruth wore it in 1938 at several stops to promote the upcoming 1939-40 New York World’s Fair.

Ruth, who retired in 1935 as baseball’s all-time home run king, was inducted into the Hall of Fame in 1936.

Other top selling lots included Tony Gwynn’s 3,000th hit baseball, $142,762; a rare 1969 Super Bowl III yellow variation full, unused ticket, which scored a winning bid of $59,098 to set a new industry record for a single sports ticket sold at auction; and a pair of World Series championship rings (2012 and 2014) that were awarded to San Francisco Giants legend Orlando Cepeda, which sold for $59,098 apiece.

The much-publicized sale of Jim Bouton’s Ball Four manuscript archive from his 1970 best-seller did not meet its reserve price.