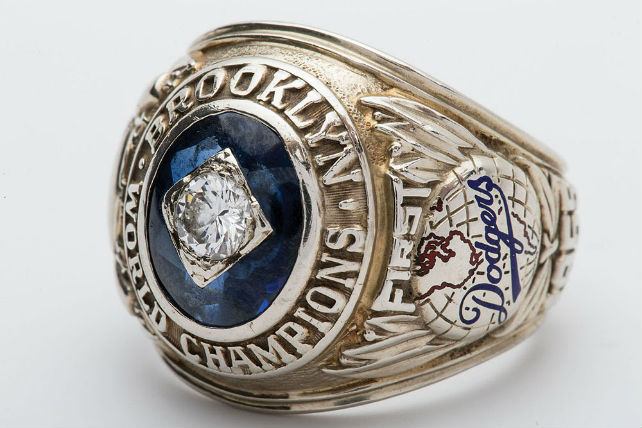 The 14K white gold ring made by Dieges & Clust was presented to the Dodgers visiting clubhouse attendant George Grafton. The ring features a genuine diamond set into a dark Dodger-blue stone, encircled with “Brooklyn World Champions.”

This stunning 14K gold ring is the same type that was presented to the players on the 1955 Dodgers squad, which included legends like Jackie Robinson, Duke Snider, Pee Wee Reese and Roy Campanella.

The Dodgers’ triumph over the New York Yankees in seven games was the first and only World Series won during the team’s time in Brooklyn.

“We are thrilled with the results from our first auction dedicated strictly to sports memorabilia with plans already underway for the next to take place in December,” added Livingston.