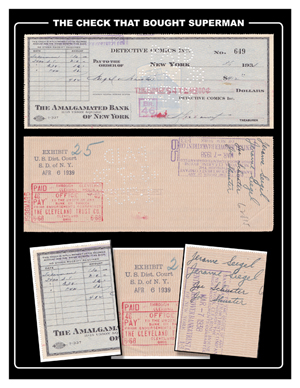 PHILADELPHIA (AP) — Seven decades after it was issued by DC Comics, the check sent to Jerry Siegel and Joe Shuster for their creation of Superman is up for auction.

Made out to the duo for $412, the check includes a line item for $130 showing that DC paid for full ownership and rights to the man from Krypton and paved the way for comic books, TV, radio and films. But, a legal dispute over creator’s rights to the character is still far from settled.

Stephen Fishler, CEO of ComicConnect.com and Metropolis Collectibles, said the check went up for auction Monday through April 16. By late Monday night, bidding had jumped from $1 to $20,500.

He said the check is a touchstone for the comic book industry because it represents the launching of the Golden Age of superheroes.

“It is an important historic document … related to comic books,” he said. “There is a quality to it that talks about the American dream, to create something and be successful. Obviously, in this case, there are two parties, both feeling that they are right.”

Siegel and Shuster created Superman together while teenagers in Cleveland, Ohio, in the early 1930s. The character’s first appearance was in “Action Comics” No. 1 in April 1938.

The check was saved by a staffer at DC Comics in the 1970s whose heirs consigned it to ComicConnect, Fishler said, adding that it sat undisturbed in a drawer for 38 years.

“That $130 check essentially created a billion dollar industry,” said Vincent Zurzolo, who co-owns ComicConnect with Fishler. “Without this check being written out by DC Comics, there would be no Superman, and thereby no Batman, Wonder Woman, Spider-Man, X-Men, or any of the other characters that came into existence after the concept of the superhero was born with Superman.” 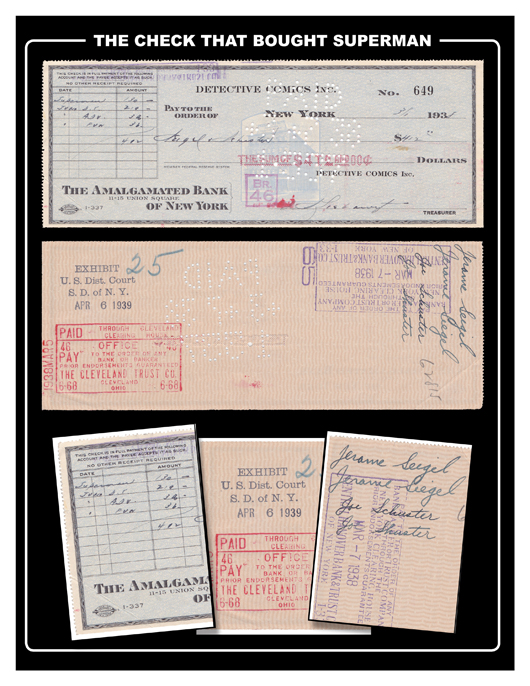 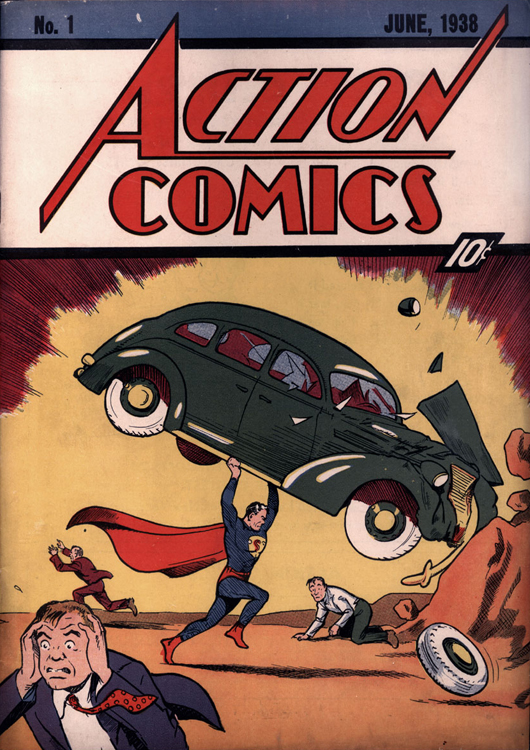