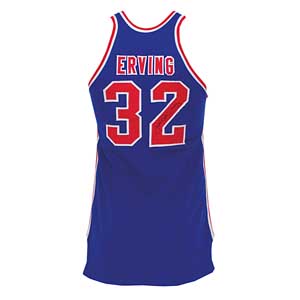 WESTHAMPTON, N.Y. – An autographed Virginia Squires ABA road jersey game worn in 1972-73 by the great Julius “Dr. J” Erving smashed through the existing record for a basketball jersey at auction in Grey Flannel’s May 11, 2011 sale with a final bid of $190,414 (all prices quoted include 20% buyer’s premium). In total, the event took in $2.4 million, the highest auction gross ever achieved by Grey Flannel.

Finishing as the auction’s top lot, the Dr. J jersey was a rare style in use for only one year in the ABA. “We had never even seen a common jersey of this type, let alone a Dr. J game-worn example. We knew it had an excellent chance of making $100,000 at auction. It did that and much more,” said Richard E. Russek, president of Grey Flannel Auctions.

The iconic navy and gold UCLA staff jacket that beloved basketball coach John Wooden (1910-2010) wore throughout his career with the invincible Bruins was another slam-dunk winner in the sale. Offered with a letter of authenticity signed by Wooden, it garnered 17 bids before settling at $183,500.

Downtown Freddie Brown took it all the way to an uptown bank with a winning bid of $115,242 on his 1979 Seattle SuperSonics World Championship player’s ring. The sharp-shooting captain of Seattle’s 1978-79 team is a sports legend in the NBA; he holds the Sonics’ all-time record for points in a regular season – 58. Brown’s 14K gold Championship player’s ring, emblazoned “NBA WORLD CHAMPIONS” and featuring a large central diamond, was accompanied by a letter of authenticity from Brown.

“I think it’s very significant that seven out of the top 10 lots in this sale were associated with basketball. It’s a category that has continued to attract many new and serious collectors to our auctions over the past few years,” said Russek.

The priciest football-related item was Steve Wright’s 1973 Green Bay Packers Super Bowl I player’s ring, with LOA, which scored a winning bid of $73,409. “To our knowledge, it is the only player’s ring from the first Super Bowl ever to be offered in a public auction,” said Russek.

Baseball lots were dominated by a 1959 Roberto Clemente Pittsburgh Pirates game-used flannel home jersey vest, which knocked it out of the park at $55,152.

Russek commented that the excitement level for the sale was “unprecedented…The phones ran hot till 6:55 a.m. We knew that the Dr. J jersey, John Wooden jacket and multiple Championship rings would finish at the top, but we didn’t know in what order. It was a great sale, and we want to thank everyone who participated in the bidding.”

Grey Flannel’s annual auction held at the Naismith Memorial Basketball Hall of Fame is slated for Aug. 12 this year. The Hall of Fame is located in Springfield, Massachusetts. 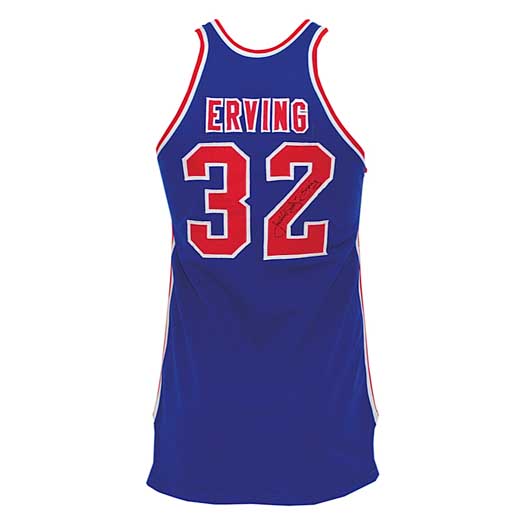 After 75 years it’s clear: Lucite is tough and beautiful
Scroll to top