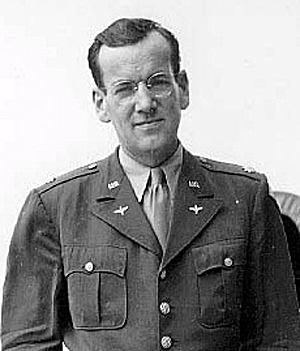 Maj. Glenn Miller served in the U.S. Army Air Corps during World War II. While he was traveling to entertain U.S. troops his plane disappeared over the English Channel on Dec. 14, 1944. Image courtesy of Wikimedia Commons.

BOULDER, Colo. (AP) – The University of Colorado’s Glenn Miller Archive has acquired hundreds of hours of recordings of big band radio broadcasts along with photos, magazines, documents and other memorabilia from a private collection.

The recordings, photos and documents were purchased from the collection of Florida resident Ed Burke, who founded and operated the independent recording companies Fanfare, Jazz Hour and Soundcraft.