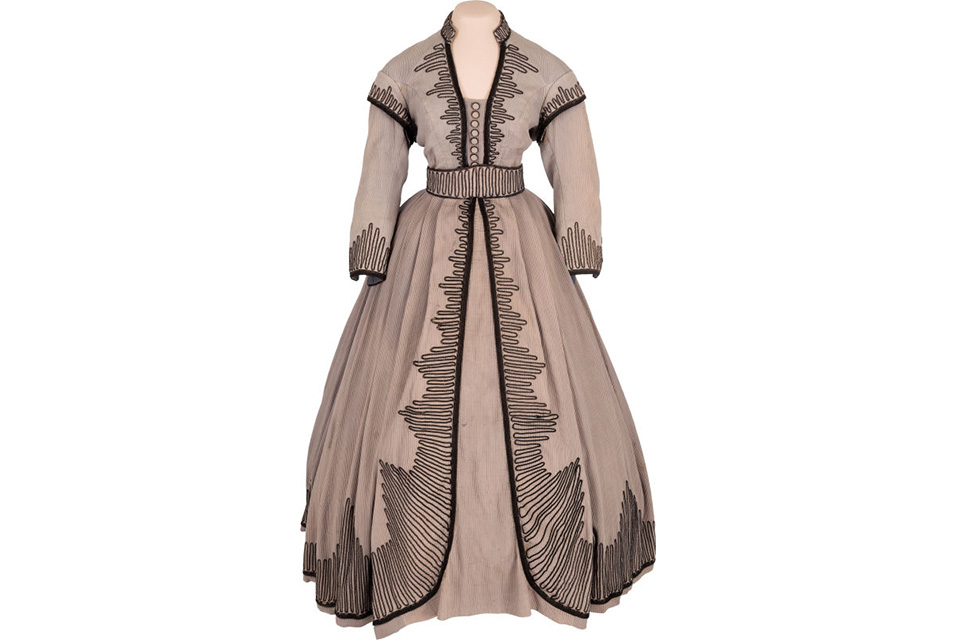 LOS ANGELES (AFP) – The gray and black dress worn by Vivien Leigh when she played Scarlett O’Hara in the 1939 movie classic “Gone with the Wind” has been sold at auction for $137,000.

According to Heritage Auctions in Beverly Hills, California, the embroidered dress went for more than double its starting price of $60,000 on Saturday.

“Gone with the Wind” is a 1936 Civil War-era epic novel by Margaret Mitchell that was then made into the multiple Academy Awards winning movie.

O’Hara’s dress was part of an extensive collection of memorabilia from the film gathered by James Tumblin, a former makeup artist from Universal studios.

In all, about 150 items were up for auction.

Among the other items on sale were a gray suit worn by the character Rhett Butler, played by Clark Gable, which fetched $55,000.

Gone with the Wind collection on view at NC museum

‘Gone with the Wind’ exhibit now at new N.C. museum