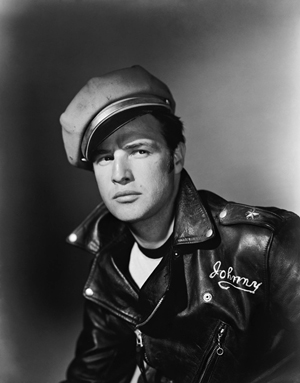 Marlon Brando in a publicity photo for the 1953 film ‘The Wild One.’ Image courtesy Wikimedia Commons.

MILWAUKEE (AP) – The Harley-Davidson Museum in Milwaukee is paying tribute to the black leather jacket this summer.

The museum will look at its evolution beginning with its role to protect pilots and motorcyclists through its adoption by Hollywood celebrities, rock stars and others as a symbol of rebellion.

It will also look at its modern-day designs from fashion houses such as Jean Paul Gaultier and Gianni Versace.

There will be more than 100 artifacts during the exhibit’s run, including jackets worn by Elvis Presley and Taylor Lautner of the “Twilight” series.

“Worn to be Wild: The Black Leather Jacket” starts June 16.

The Harley-Davidson Museum put together the exhibit with EMP Museum in Seattle, formerly known as the Experience Music Project Museum. It will travel to the Seattle museum in October. 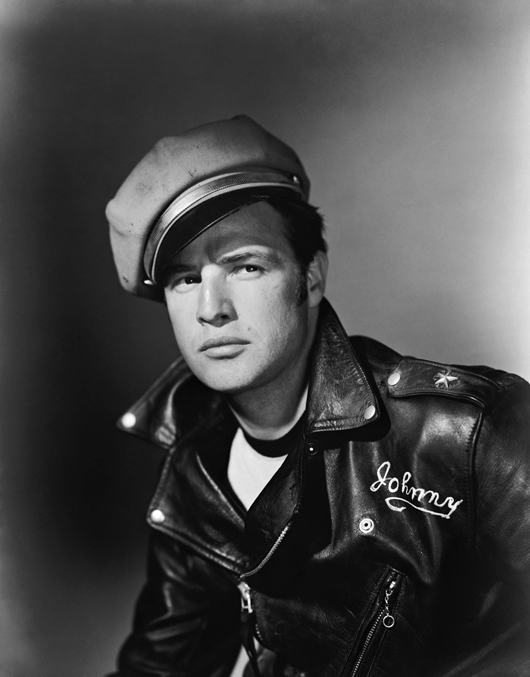 Marlon Brando in a publicity photo for the 1953 film ‘The Wild One.’ Image courtesy Wikimedia Commons.