DALLAS – A painting from the halls of the Haunted Mansion in New Orleans and a trove of work by iconic Disney artist Mary Blair helped make Heritage Auctions’ Animation Art Auction the largest such auction of all time, with sales totaling $2,965,596 Dec. 13-15 in Beverly Hills, California.

The total smashed the previous record of $2,068,451, achieved by Heritage Auctions in June 2019. The result of this sale, Heritage’s June Animation Art Auction that sold a total of $2,068,451, the Mickey Mouse and Friends – the Animation Art Internet Auction that brought $144,095, as well as the animation art lots that sold in the weekly comics online auctions led to the best year ever in animation art sales, with totals exceeding $6 million.

“This was a phenomenal auction, the biggest ever held, covering three days and featuring 1,838 lots,” Heritage Auctions Animated Art Director Jim Lentz said. “Animation art, especially Disney art, is in extremely high demand, and it showed in the results from this three-day sale.”

“Haunted Mansion” Stretching Room Disneyland Painting (Walt Disney, 1969) prompted bids from 16 collectors before more than doubling its pre-auction estimate when it finished at $57,600. The lot is one of four historic paintings for the mansion designed by Disney Legend Inductee and one of Disney’s original “Nine Old Men,” Marc Davis, hand-painted between 1969 and 1972. The paintings were designed to be used in the elevator/stretching rooms for a period of six months, and then replaced. This painting, depicting the Elderly Widow sitting across her husband’s tombstone, is one of the rarest original hand-painted stretching room paintings ever brought to market and is considered one of the most identifiable pieces of Disneyland Park original art. 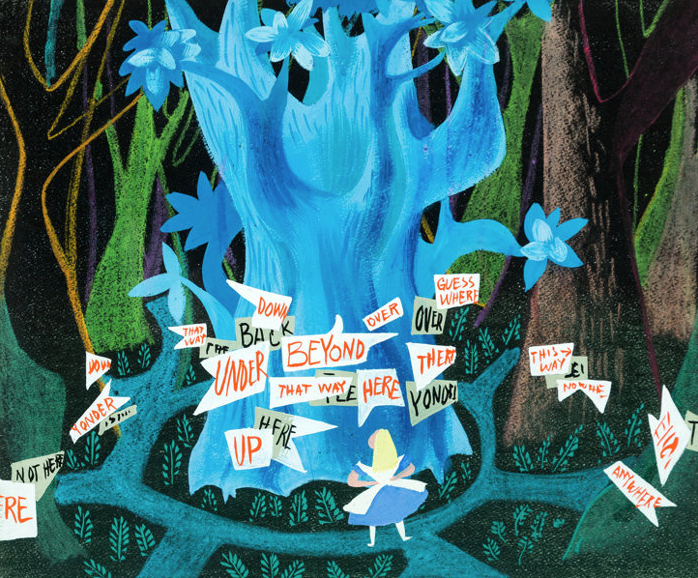 The auction included 40 lots from Mary Blair, who is identified regularly as Walt Disney’s favorite artist, including the largest “It’s A Small World” art collection ever brought to auction. Among the top lots by Blair in the sale were:

The first animation auction to span three days featured a spectacular collection from what has been called the lots from the Disney’s Golden Age of Animation that helped bring film animation back to its highest levels, including: 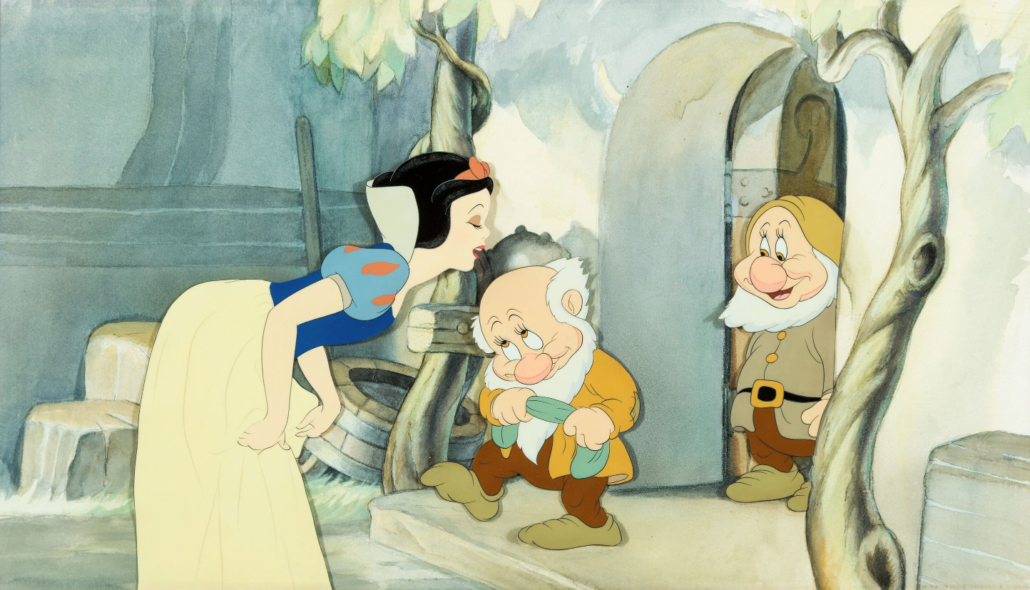 The top Snow White lot was one of 84 that sold in the sale, underscoring the support and demand for vintage art. Other Snow White favorites in the sale included:

The sale included 102 lots from the personal collection of the late animator Revalee “Rev” Chaney, a collection that brought more than $125,000. The artwork in the Chaney trove dates back to the 1940s, when Warner Bros. animation art was exceptionally rare. Among the top lots from Chaney’s collection in the auction were:

The auction even got caught up in the spirit of the season. Holiday-themed lots capturing the interest and bids of eager collectors included, but were not limited to: