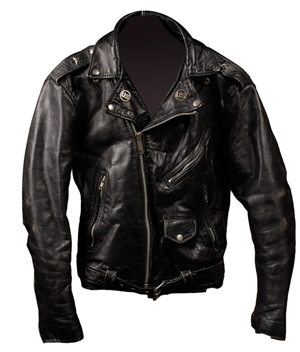 Black leather jacket purported to have been worn by Ramones drummer Marky Ramone. The jacket was withdrawn from auction. Image courtesy of RR Auction.

AMHERST, N.H. (AP) – A black leather jacket up for auction and purported to have been worn by one of the drummers of the Ramones has been withdrawn from bidding after he questioned its authenticity.

It was one of a group of 700 rock memorabilia items up for bid through a firm in Amherst, N.H., specializing in online auctions. The jacket was advertised as worn by Marky Ramone, a drummer for the New York punk rock group from 1978-1983. It’s signed on back in gold ink, “Marky Ramone.”


Bobby Livingston, vice president of the 30-year-old RRAuction, said the item was withdrawn Tuesday after Marky Ramone, whose real name is Marc Bell, questioned whether it was his. Bidding had reached about $3,100.


Livingston said the collector offering the jacket bought it at a 2001 Ramones auction and as with other items, the jacket was shown to outside experts.


Livingston said Thursday the firm believes the jacket is authentic but is reviewing its history with the collector.


“My client bought it directly from the official Ramones resource,” he said.


Livingston added that band member Johnny Ramone had told the collector several times that he had taken the jacket back from Marky Ramone when the drummer was fired from the band in 1983. Johnny Ramone cited soldiers in the service having to return their uniforms when they’re dishonorably discharged. In this case, the black leather jacket was the official “uniform” of the band. Johnny Ramone died in 2004 at age 55 after battling cancer.


Livingston said Marky Ramone told the firm there were many jackets he wore during his Ramones career. “Authenticity for us is our whole reputation,” Livingston said. “We only sell things that come from impeccable sources .. we check everything.” He said the jacket has been part of official Ramones displays that Marky Ramone attended, but did not question its authenticity.


A spokesman for Marky Ramone said he was in Italy. “Jacket is not his. Period,” Harvey Leeds said in an email. 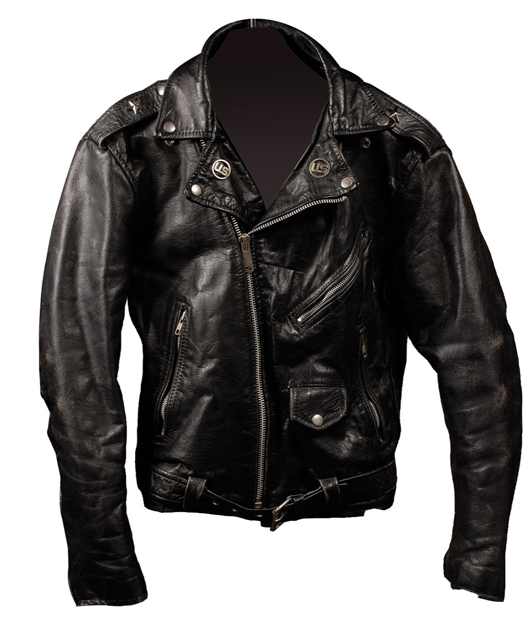 Black leather jacket purported to have been worn by Ramones drummer Marky Ramone. The jacket was withdrawn from auction. Image courtesy of RR Auction.