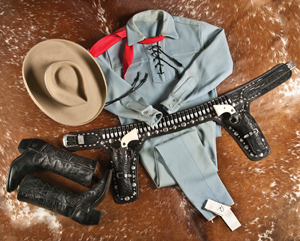 The Lone Ranger outfit that Clayton Moore wore to public appearances after retiring from his acting career. A & S Auctions image

WACO, Texas – “From out of the west with the speed of light and a hearty ‘Hi-yo, Silver!” was a phrase that captivated youngsters of the 1950s and could spur them into furious action. Each week, those words were the verbal cue for kids to adjust the rabbit ears, huddle in front of the family TV and wait anxiously for the next big adventure starring their favorite hero on horseback, The Lone Ranger.

Since The Lone Ranger’s radio introduction to American audiences in 1933, many actors have voiced or played the lead role, across various media. None, however, captured the public’s imagination quite like Clayton Moore, who portrayed the masked lawman of the Old West on the ABC-TV series The Lone Ranger, which ran from 1949 through 1957.

For many years after retiring from television, Moore made public appearances “in character” as The Lone Ranger. He was a striking figure in his powder-blue shirt and pants, red kerchief and Stetson hat. The outfit – designed by the famed Nudie’s Rodeo Tailors of North Hollywood, California – came to life with the addition of black Nudie’s cowboy boots, a hand-tooled and studded buscadero gun rig made by Hollywood’s “silversmith to the stars” Edward H. Bohlin; and custom-made Colt pistols factory-engraved with the serial numbers “LR-1” and “LR-2,” and “Clayton Moore – The Lone Ranger.” The guns are accompanied by an original Colt factory letter certifying they were a special order made specifically for Clayton Moore.

Moore passed away in 1999, but a head-turning Lone Ranger costume he wore to countless state fairs, parades and even mall openings, is back in the spotlight. After more than a decade in the private collection of Texas businessman the late Bob Davis, the outfit will be offered to bidders in four separate lots on July 12th at A & S Auction Co., in Waco, Texas.

In a method known as “sold on the whole bid,” each of the four lots will be hammered individually and in consecutive order. Then, the auctioneer will reopen bidding for the entire outfit with a starting bid that equals the total of the four previous “winning” bids plus 10 percent.

“If there are no bids at that point, then each of the four individual lots will be considered sold to the four bidders for whatever the hammer prices were. Otherwise, the bidding will continue in normal auction fashion for the whole kit and caboodle. It’s a way of enabling the outfit to remain intact, if possible,” said Scott Franks, owner and auctioneer at A & S Auction. 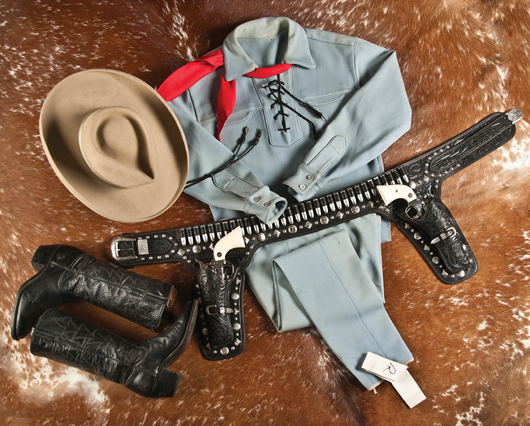 The Lone Ranger outfit that Clayton Moore wore to public appearances after retiring from his acting career. A & S Auctions image 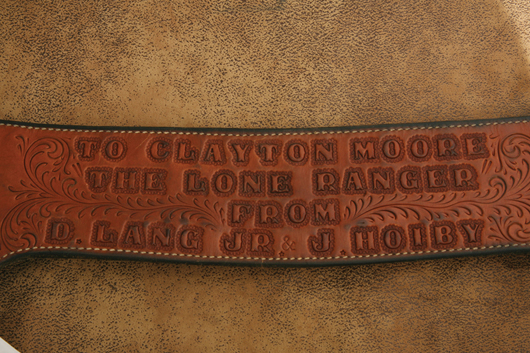 The inside liner of the ornately hand-tooled leather gun belt is marked ‘Bohlin’ in four places and bears an inscription to Clayton Moore from Bohlin’s then-owner Danny Lang Jr and Moore’s good friend Jim Hoiby. A & S Auctions image 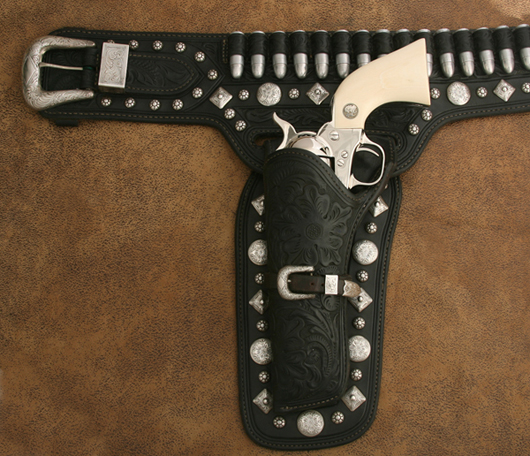 One of a pair of Colt single-action revolvers made especially for Clayton Moore/The Lone Ranger, shown in its holster. The hand-tooled black leather buscadero gun rig was made by Hollywood’s ‘silversmith to the stars,’ Edward H. Bohlin. A & S Auctions image 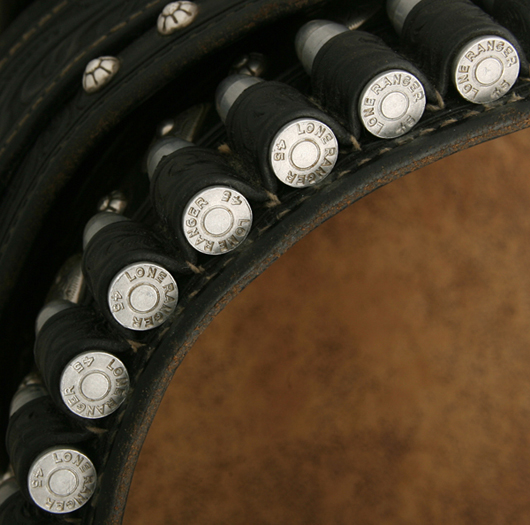 Closeup of ‘silver’ bullets in cartridge loops, each impressed with the words: ‘Lone Ranger 45.’ A & S Auctions image 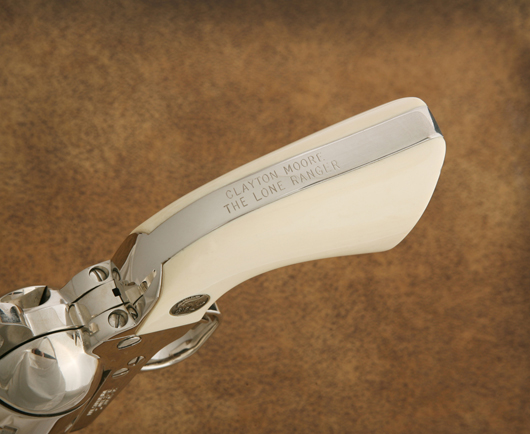 Engraved on the back strap on both of the Colt gun handles is the personalization: ‘Clayton Moore The Lone Ranger.’ A & S Auctions image 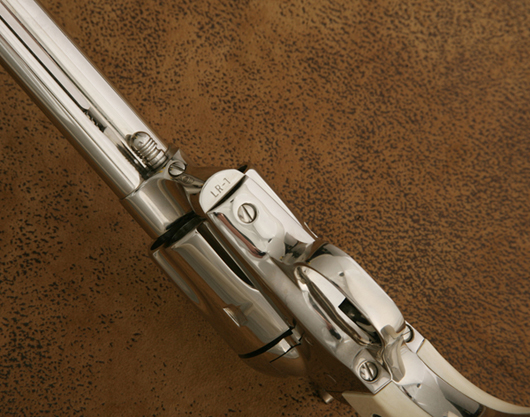 The Lone Ranger guns are engraved with the distinctive factory-engraved Colt serial numbers ‘LR-1’ and ‘LR-2,’ offered with an original Colt factory letter showing them as a special order for Clayton Moore. A & S Auctions image