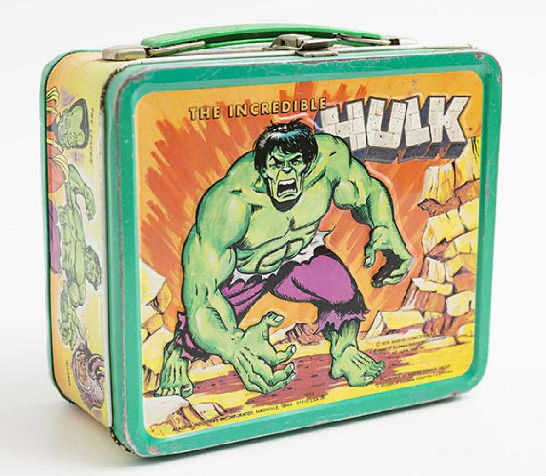 CINCINNATI (AP) – Look, up on the shelf! It’s Superman. There’s the king of the wild frontier himself, Davy Crockett. And over in that case is Davy Crockett again, except this time he’s Daniel Boone (we’ll explain later). And aaaaay! It’s The Fonz and the whole Happy Days family!

A veteran auctioneer has on display a baby boomer delight: hundreds of vintage lunchboxes featuring the heroes of their childhood’s comic books, TV shows, cartoon strips, movies and more.

“I’ve never had anything like this,” said J. Louis Karp, whose family-run business, Main Auction Galleries, has been part of Cincinnati since the first years after the Civil War. “This is quite different.”

Sure, you can go to any number of websites to buy old metal lunchboxes from the 1950s, ’60s and ’70s. But to see 250 of them in the same place, to be able to pick them up, and then spot one just like Mom packed for you with a peanut butter-and-jelly sandwich in the first grade. …

But back to the auction. 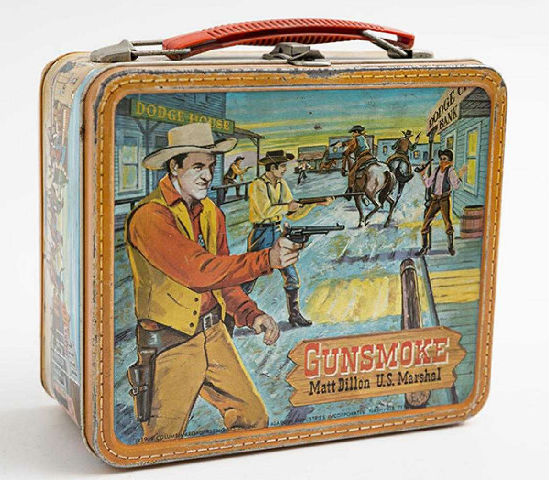 Karp regularly sells large estates loaded with rare artwork, antique furniture and collectibles. He has sold vintage lunchboxes before, but never so many. The private collection’s proceeds will benefit younger generations of the owner’s family.

Weldon Adams, a collectibles expert for Dallas-based Heritage Auctions, viewed the lunchboxes online and said such a large, eclectic sale is a rarity.

“We’ve seen some sizable collections,” Adams said. “Having all of them show up at one time is truly an impressive thing.”

Younger people who like kitsch are among lunchbox buyers, Adams said, but they are particularly attractive to those who carried them as children because they were very personal items and a powerful link “back to our identities of who we were as a child.” 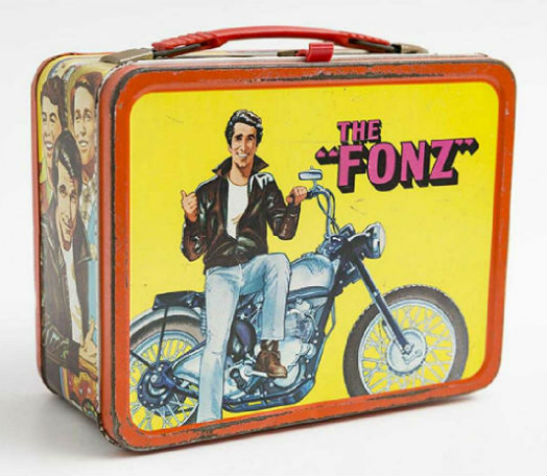 Karp has 250 lunchboxes in an auction Sept. 30. There are another 200 he’s planning to auction before the Christmas holidays.

There are lunchboxes with the late actor Fess Parker, who played Davy Crockett and Daniel Boone in separate TV series. There is The Brady Bunch and The Partridge Family. The Addams Family and The Munsters. Nancy Drew and The Hardy Boys. The Bee Gees and Bobby Sherman.

There are lesser-known ones: Korg 70,000 B.C. The Guns of Will Sonnett. Goober and the Ghost Chasers.

Adams said a “wonderfully obscure” one he noticed was from Here Come The Double Deckers, a British children’s TV show. Another is from Fireball XL5, an early 1960s children’s science fiction show with a fan cult.

Bids start at $20 each. Karp shouted upstairs to son Justin, who with his brother Jonas marks the fifth generation of Karps in the auction business, to ask how much different lunchboxes have sold for online.

“Lost In Space TV series and The Flintstones animated series? $225 each.”

Unfortunately, Karp said, many of the lunchboxes lack the thermos that originally came with them, so those without could draw lower bids as a result.

Karp, 71, reluctantly allowed his sons to bring his auctions into the Internet age – absentee and Internet live bidding is available through LiveAuctioneers – but he still enjoys his showroom-floor auctions, seeing the competitors watching one another, and the winners who finally emerge after rounds of tense bidding.

And this Sunday, he might just see some with tears in their eyes.