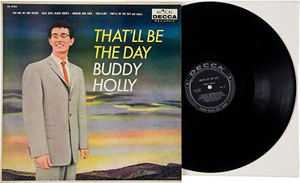 He wakes up, and the itch is there.

“My eyelids open,” the 69-year-old said, motioning across his eyes to mime the act of waking with a purpose. “And it’s another day to look for records.”

After a steaming cup of coffee, he hits the usual circuit of thrift stores. St. Vincent de Paul, Goodwill, Women’s Center, where he whispers to staff the usual question.

And they usher him to the newest intake.

In between, he plows through private collections, belonging to folks who respond to his Nickel’s Worth ad pleading for 45s.

Then there are Saturdays, when folks see him pedaling his bike down Sherman Avenue to inspect every yard sale.

You could say that’s why he’s here on the planet, really. To shop for music.

There’s really no reason to count, though, as the slick, fragile discs are regularly traded or sold. Maybe for something better, something rarer, or that falls into the categories that Larry’s musical taste holds as sacrosanct: Rhythm and blues and rockabilly, from the ’50s and ’60s.

“I buy collections constantly,” he said, adding that he also tracks down beloved records for other music aficionados for free. “I can’t keep everything, or I’d have to have 50 houses.”

Sure, people buy his records. Especially at the massive music collector shows in Seattle, where the retired businessman boasted he can spend six hours talking music, draining everything from the encyclopedic knowledge he’s absorbed from stacks of music books.

“This is not a dead issue by any stretch of the imagination,” said Larry, who still DJs, and talks of the days he owned a record store with Polly in Los Angeles. “It’s a dead issue with the public, yes. But if you go to these records shows, people come from all over the world to buy this type of material.”

“This is part one,” Larry said, ushering visitors into a room on the main floor.

Downstairs was the room of record stacks still to be sorted, a chore he said “never ends.” Across from that, another room was piled with boxes for collection shows, the sides labeled “country,” “rock,” “collectibles, 1, 2, 3, 4.”

Finally came the last room, for his gems. The rare collectibles, the ones Larry wouldn’t sell for any price.

Terry Stanea, who works the front counter at the St. Vincent de Paul Thrift Store, said she sees Larry trolling for records at the store almost every day, more than any other customer.

“Oh my gosh. (He’s) highly invested in finding records,” she said, adding that Larry is always eager to demonstrate his knowledge of music history. “It’s his mission in life.”

Stanea gets it, she added. She’s happy to see someone saving music from going to waste.

“I think it’s a shame the way it’s went, I really do. I’m sorry that it’s lost its place, with CDs coming out,” she said of records. “It’s really kind of sad to think we’ve let that part of history slide by so easily.”

Larry is eager to show off his favorites, which he tugs out of boxes and bubble wrap. He adores the Chess label, and its sister label Checkers. He has some of their earliest released records, featuring Gene Ammons and Jackie Brenston and His Delta Cats.

He owns an original Jimmy Rogers record from the’40s in mint condition, too, the Goodwill sticker reading 99 cents.

“That’s unbelievable to find,” Larry said. “How that survived in a thrift shop I’ll never know.”

He has stories about them all, about disputes between artists and labels, about their roles in rock ’n’ roll’s evolution. He speaks with televangelist gusto, waving his arms, snapping his fingers, his eyes wide behind his thick-rimmed glasses.

“I’m a walking encyclopedia on this stuff,” he said. “I was born on a 45 rpm record. I always tell people that.”

He can retrieve any detail about a record from his memory, Polly added.

“He amazes me with his remembrance of labels, songs,” said Polly, a loyal fan of both rockabilly and her husband’s collection. “His mind is amazing.”

Sometimes Larry spends up to $500 a month on records, though what he pays depends on quality, era and style.

When asked what his best records are worth, he looked offended.

Part of the Past

See rhythm and blues, rockabilly, that’s the soundtrack of Larry’s youth. His life.

Muddy Waters, Fats Domino, B.B. King, he talks of them more as if they were his mentors than just entertainers from his childhood, when he took in live shows during the birth of rock ’n’ roll.

The music reached him then, he said, transformed him. And the effect is no different now.

“It just grooved me,” Larry said on Wednesday. “I’m going to be 70 in a week. I still love it as much today as when I first started.”

Does he have time to listen to all his records?

“No,” he said, then held up a 45, the Checkers label a vibrant red with the title snaked across. “But hey, this logo, it’s awesome. How could you not want to collect it?”

Polly recalled the couple’s routine when they met in’68, then married in ’70. Larry would call in to work sick, and the pair would peruse tables of 45s at Thrifty stores, Polly’s two young kids sitting on the floor.

“We’ve been doing it ever since,” she said.

They love to describe their great finds. How Polly came across a rare Spit Fire record, one of six in existence, when they owned the record store. How she found a rare Samsung 78 in Memphis, Tenn., during a cross-country record-hunting trip.

Polly still helps Larry transfer records onto CDs, she said. When they have the urge, the pop in a CD and play along, her on bass guitar and him on drums, like back in the day when they played in a rockabilly band.

“He has made me part of everything. That’s what been so wonderful in our lives,” Polly said. “So much of what a husband does is in something a wife can’t get involved in, but he’s always brought me in.”

Of course Larry will continue collecting, he said.

Not just records, but CDs, too, which he predicts will no longer be sold by 2020, totally replaced by computer downloads.

Meantime, go ahead and tell Larry Kmetz that records are useless and worthless.

“I would say sell me your useless and worthless records,” he said. 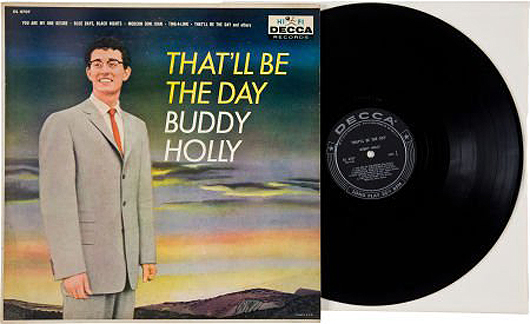