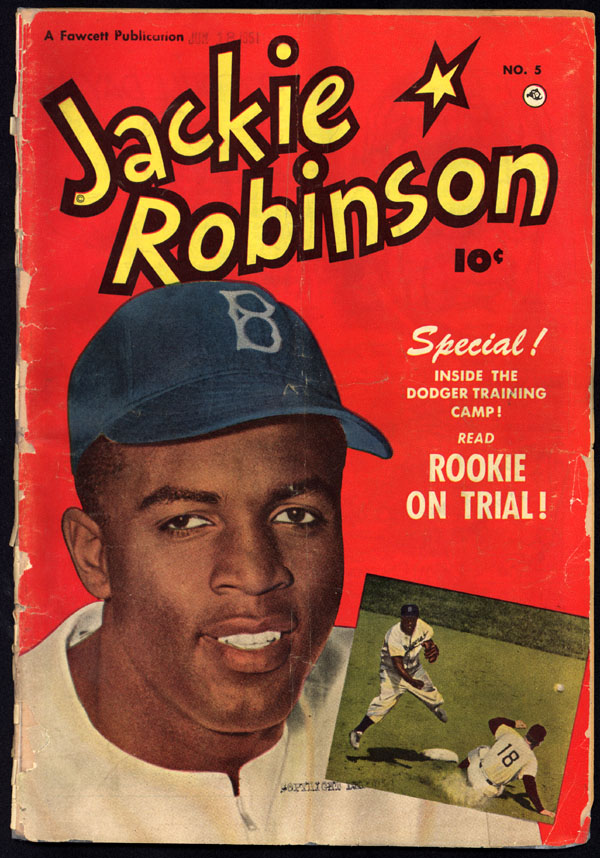 NEW YORK – The documents that broke baseball’s color barrier and helped spark the Civil Rights Movement will be on view at the New-York Historical Society for a limited time only, beginning April 15, Jackie Robinson Day.

On April 11, 1947, Jack Roosevelt Robinson signed a contract with the Brooklyn Dodgers, thereby integrating Major League Baseball. To commemorate this historic event, Robinson’s signed contact with the Brooklyn Dodgers, as well as the contract he signed in 1945 when he joined the minor league team the Montreal Royals, were unveiled at a press conference in Times Square on Monday, hosted by Collectors Café, and will then be on display at the New-York Historical Society through April 22 before embarking on a tour in the U.S.

Facing antagonism both on and off the field – from fans, opposing teams, and even initially his own teammates – Robinson displayed astounding fortitude and dazzled the crowds on the field and at bat during his first season with the Dodgers, earning the first-ever Rookie of the Year Award. He retired with a career batting average of .311, 1,518 hits, 137 home runs, 734 RBIs, and 197 stolen bases and was elected to the Baseball Hall of Fame on the first ballot in his first year of eligibility (1962).

Throughout his life, Robinson remained an active supporter of civil rights, serving as a spokesperson for the NAACP and a political activist with the goal of advancing the rights of all Americans. In 2007, MLB declared April 15 Jackie Robinson Day, and in 2009, the league declared that all uniformed personnel would wear 42 on April 15.