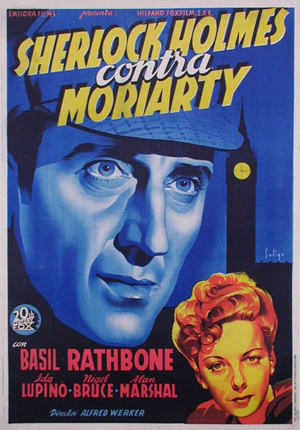 A Sherlock Holmes poster for the movie’s release in Spanish. Image courtesy LiveAuctioneers.com Archive and The Last Moving Picture Company.

DALLAS (AP) – Call it an elementary deduction, but it’s no mystery why Don Hobbs is a legend in the world of Sherlockians.

The first clue: He has amassed more than 11,000 volumes of foreign-language editions of books and stories about Sherlock Holmes – the fictitious British detective – in languages he can’t read.

That was his ticket to being admitted earlier this year to the Baker Street Irregulars, an exclusive, invitation-only club of Sherlock scholars formed in 1934. Only about 300 members belong to the BSI worldwide.

The name comes from one of the characters in the “canon” of 60 Holmes short stories and books written by Britain’s Sir Arthur Conan Doyle primarily during the Victorian and Edwardian eras.

“And those are never given out as names.”

By day, the 60-year-old Hobbs is a husband and father who lives in Flower Mound and works for a software company.

He’s “just a normal person,” he said, “who tries to lead a balanced life.”

Hobbs particularly prizes several items in his collection, including an Inuit (Eskimo) translation of `The Hound of the Baskervilles that he picked up in Greenland.

He’s also fond of a Macedonian translation that took him more than four years to find.

Many of the individual books are not extremely expensive, Hobbs said. “You could find one for $25 to $75,” he said.

But he insures the entire collection, among the best in a tiny niche market, for $250,000.

The thrill of the hunt motivates him, he said.

“It drives me crazy when I find a new translation or somebody tells me about a book I don’t know about or I have never heard of,” Hobbs said

Hobbs said Doyle’s books and stories have been translated into 98 languages. His collection includes 92 of them.

He also has a copy of a story translated into Choctaw by a friend.

“The first Native American language of Sherlock Holmes,” he said proudly. “He (the friend) sent me the file and I self-published it.”

Hobbs became acquainted with Holmes as a boy. “I like the way he logically approaches problems, the ways he did deductive reasoning,” he said.

“It was a very methodical way of solving a crime I just enjoyed.”

As he got older, he became fascinated by the myth around the character and decided to start collecting. After a few years of a “vacuum cleaner approach,” he focused on foreign-language editions.

Hobbs has been a guest at the annual BSI dinner off and on since the 1990s, but he didn’t know if he would ever be accepted as a member.

“He has his own criteria for who gets in and who doesn’t, and no one knows what it is.”

When his name was called, Hobbs said, he “was totally speechless.”

Hobbs doesn’t know how it was decided to give him the name Inspector Lestrade. But, he said, “Maybe it’s because I’m always searching.”

Right now Hobbs, who carries a card with the inscriptions “BSI” and “Inspector Lestrade,” is hot on the trail of a copy of The Memoirs of Sherlock Holmes published in Kazakh in the 1960s.

“Ten years ago, the Kazakh national library had a copy of it in their collection,” he said. “Since then, it’s listed as missing.”

Who better to find it than Don Hobbs, a.k.a. Inspector Lestrade? 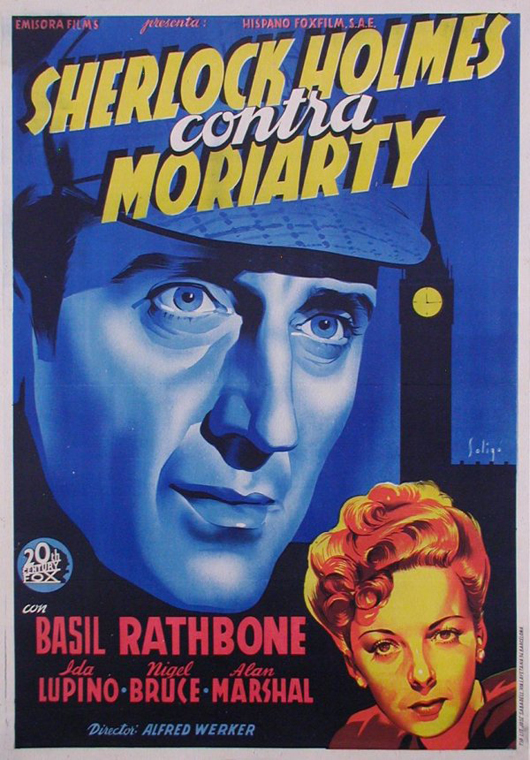 A Sherlock Holmes poster for the movie’s release in Spanish. Image courtesy LiveAuctioneers.com Archive and The Last Moving Picture Company.

Indiana native is expert on the ‘Star Trek’ language Klingon