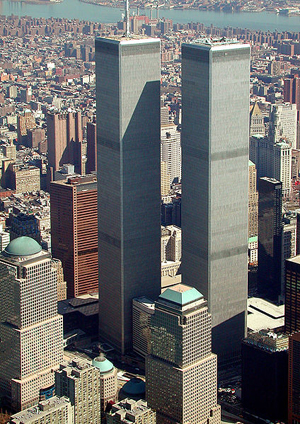 “With the 10th anniversary of 9/11 approaching, we should unfortunately expect more scams, as criminals and snake oil salesmen seek to profit from the deep emotional connection that millions of Americans have to that terrible tragedy,” Nadler said.

Schumer and Nadler called on the Federal Trade Commission to stop National Collector’s Mint from selling the Sept. 11 coins and to investigate the company’s marketing practices.

National Collector’s Mint President Avram Freedberg said in a statement that the company has donated over $2 million to various Sept. 11 charities. “We are proud of our contributions,” he said.

The company website says, as did Freedberg, that the coins are clad in silver “recovered from the vaults beneath the ashes of Ground Zero,” a claim that Schumer and Nadler said cannot be substantiated. In addition, the website says, the coins are “Liberian government authorized legal tender coin.”

A law passed in July creates an official Sept. 11 medal that benefits the National September 11 Memorial & Museum being built at the World Trade Center site.

Schumer and Nadler said the sale of National Collector’s Mint’s $29.95 coins could deprive the museum of millions of dollars in funds raised from the sale of the official medals.

Memorial spokesman Michael Frazier said the National Collector’s Mint’s coin “will in no way help maintain a national tribute to the 9/11 victims and heroes.”

National Collector’s Mint ran afoul of the law in 2004 when it issued a “Freedom Tower Silver Dollar” that it asserted was “legally authorized government issue.” The company was charged with fraud and forced to pay more than $2 million in refunds and cancellations.