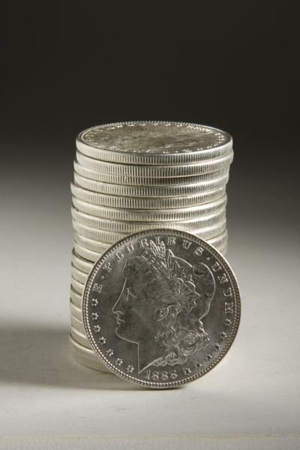 PIERRE, S.D. (AP) – The owner of a rare coin shop in Rapid City said he’s relieved a South Dakota House Committee has killed a bill that would apply a sales tax to coins, currency and bullion.

“It would put me out of business,” said Louis Anagnostopulos while testifying against a House bill that would levy a 6 percent tax rate on sales of coins and metals at Thursday’s hearing of the Taxation Committee.

Would-be customers would either go online or buy from another state, he told the committee.

“If people brought gold in, it’s not fair to them,” Anagnostopulos said. “We would have to sell out of state because no one is paying 6 percent tax when there are no extra fees online.”

The bill would have repealed the July 2007 removal of state taxes on these collectibles.

Though a summer study committee recommended the repeal on tax exemptions, the house committee disagreed, voting 11-2 against it. The bill proposed a 2 percent city tax on top of the state’s 4 percent sales tax rate. Legislators couldn’t agree on whether the coins and currency should be considered collectibles, which are taxed, or commodities, which aren’t.

Wyoming, North Dakota, Iowa and Montana have no sales tax on rare coins and precious metals. Nebraska and Minnesota do.

Rep. Bernie Hunhoff (D-Yankton) said South Dakota’s sales and use tax is very broad based, and that the tax should apply to retail purchases of coins for investments or collections.

The Revenue Department also supported the bill, estimating the state would bring in about $32,000 a year from the tax.

“It’s nice to add something once in a while to revenue,” the department’s Jane Page said. She said collectibles should all be taxed. “A rare penny from the 1700s is valued at over $1 million — that’s what we’re talking about,” she said.

But Anagnostopulos said the 2007 exemption paved the way for him to open shop. He said gold and silver are commodities and shouldn’t be taxed the same way collectibles such as stamps, old guns and art are.

“A 6 percent tax is more than our margin on gold,” he said, adding that since 2007, four rare coins and precious metal shops have opened in Rapid City.

In February 2007, Bill 1151 passed, exempting coins, currency and bullion, which includes a bar, ingot or commemorative medallion of gold, silver, platinum or palladium, from taxation. The legislation went into effect that July.


Copyright 2011 Associated Press. All rights reserved. This material may not be published, broadcast, rewritten, or redistributed.