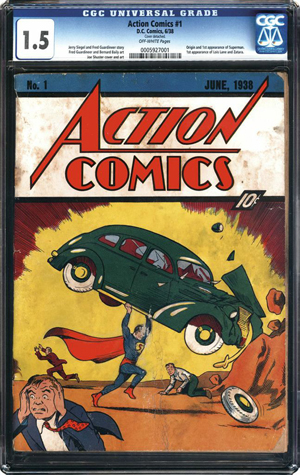 Action Comics No. 1, graded 1.5 condition, that was found in the insulation of a Minnesota house and auctioned by ComicConnect.com for $175,000. Image courtesy of ComicConnect.com.

MINNEAPOLIS (AP) – A rare copy of the comic book featuring Superman’s first appearance that went undiscovered for over 70 years in the insulation of a house has sold for $175,000.

The high bidder for the copy of Action Comics No. 1 in the online auction was a “hard core, golden age comic book collector,” Stephen Fishler, CEO of ComicConnect.com, said Tuesday. The buyer’s name was not released. Fifty-one offers were submitted before bidding closed Monday night.

But Fishler said the buyer had been looking for a several months for a lower-grade, unrestored copy of the Man of Steel’s debut, rather than a copy in better condition that could have cost well over $1 million.

Fishler estimates there are only around 100 known copies of Action Comics No. 1, which was published in 1938. He said it’s prized not only for its rarity, but because Superman was the archetype of all comic book superheroes to come.

This copy was found by David Gonzalez among old newspapers in the ceiling insulation of a house he was restoring in the small western Minnesota town of Hoffman.

He accidentally tore the cover when grabbed it and tossed it aside during an argument a few days later with his wife’s aunt, which was part of the reason its condition was graded only 1.5 on a 10-point scale used by comic collectors, but he said in an interview last month that he really didn’t care much about the money.

Fishler said the book’s backstory was part of why it appealed to the winning bidder.

A pristine Action Comics No. 1 that was graded a 9 fetched $2.16 million in November 2011, which was the highest price ever paid for a comic book. 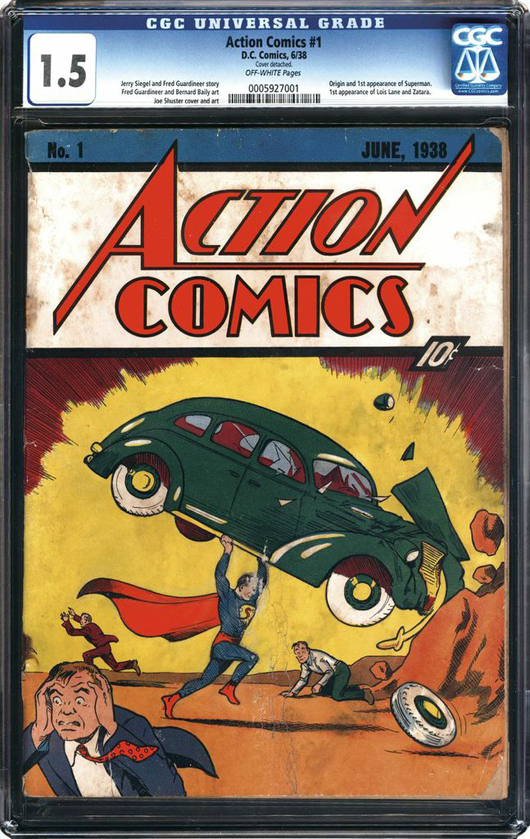 Action Comics No. 1, graded 1.5 condition, that was found in the insulation of a Minnesota house and auctioned by ComicConnect.com for $175,000. Image courtesy of ComicConnect.com.

Putin says dispute over Jewish manuscripts is over