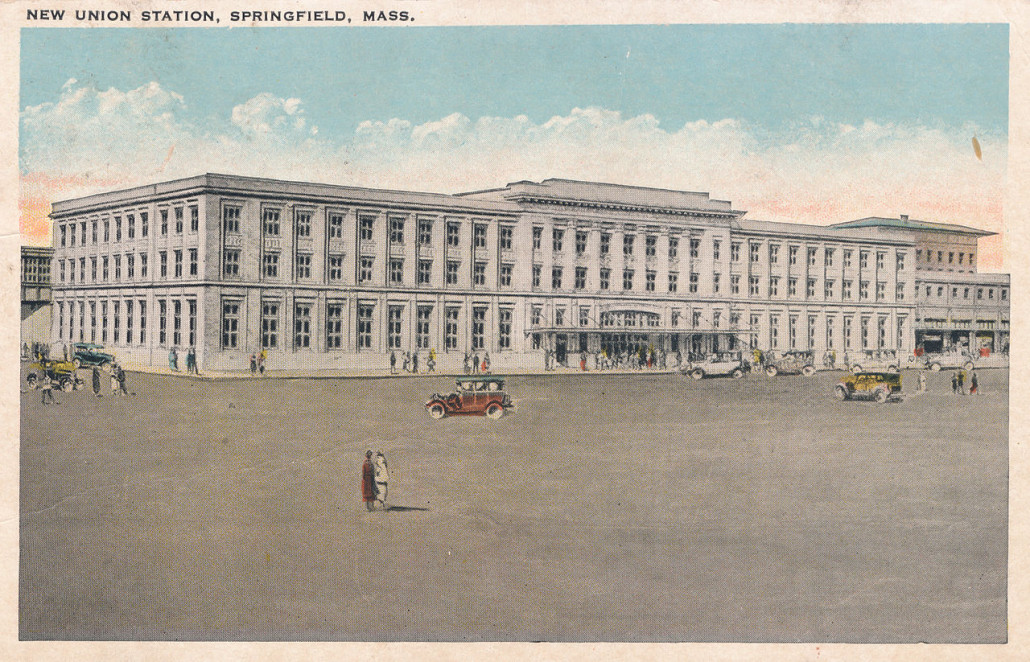 The Springfield News Co. published this postcard of the new Union Station when it opened in 1926. Image courtesy of Wikimedia Commons.

SPRINGFIELD, Mass. (AP) – As many as 40 antique wooden benches that were supposed to be incorporated into a renovation project at Springfield’s Union Station railroad hub have been stolen.

City officials tell masslive.com for a story Thursday the 18-foot long benches have been missing for four years.

Union Station opened amid great fanfare in 1926, but closed in 1973. The Springfield Redevelopment Authority acquired the building in 1989 and is currently renovating.

A police report was filed when the benches went missing in 2012. Christopher Moskal, executive director of the authority, says he and his staff have checked eBay and craigslist, gone to flea markets, and reached out to antiques dealers and pawnshops, to no avail.
___

‘Don’t have a cow, man!’ The Simpsons are from Oregon