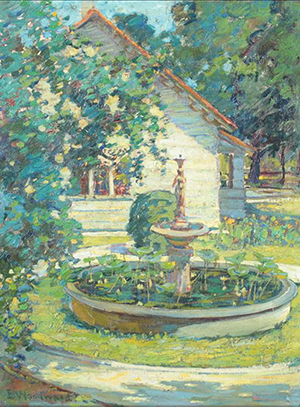 NEW ORLEANS – When you boil it right down, there are two basic types of property that turn up at the center of court cases worldwide: tangible and intellectual. These days, legal ownership of intellectual property can be established rather quickly. US Copyright Law has been demystified with respect to photo copyright, for example, and now decrees that, unless a binding contract takes precedence, ownership of a photograph belongs to the person whose finger pressed the shutter release to capture the image. This newly defined aspect of intellectual property law was globally publicized when actor Bradley Cooper took a “selfie” of himself and a gaggle of other stars at the 86th Academy Awards in March. Who owned the image whose potential value was estimated to be no less than two million dollars? “Cooper,” said legal pundits who weighed in on the matter online.

But what about the ownership of tangible goods purchased at auction? At exactly what nanosecond does the winning bidder become the actual legal owner? It has always been widely assumed and accepted within the trade that ownership of an item purchased at auction transfers immediately upon the drop of the auctioneer’s hammer and the deal-sealing verbal declaration, “Sold!” That method works like a Swiss clock 99.9 percent of the time. But what happens if the item purchased at auction goes missing while still in the physical possession of the auction house? A legal squabble involving New Orleans art dealer/appraiser Amanda Winstead and Bethesda, Md.-based auction house Sloans & Kenyon is bringing the question into sharper focus.

The facts are, on Feb. 17, 2013, Sloans & Kenyon auctioned a number of artworks from the collection of retired attorney Robert S. Fastov. Among the works offered was an attractive Ellsworth Woodward (Louisiana, 1861-1939) painting depicting the iconic Lotus Fountain on the former campus of Newcomb College in New Orleans’ Garden District. Estimated at $15,000-$25,000, the painting sold for $18,000 plus a 19.5% buyer’s premium, making the total purchase price $21,510. Winstead was the winning bidder.

Immediately after the auction, Winstead sent off a check to pay for the painting and made arrangements for a Maryland shipping firm to collect the painting at Sloans & Kenyon’s upscale Chevy Chase gallery. That’s when the first sign of trouble surfaced, said Winstead’s attorney, Lisa A. Montgomery.

In an interview with Auction Central News, Stephanie Kenyon, owner and president of Sloans & Kenyon Auctioneers and Appraisers, explained the artwork’s disappearance more succinctly: “It went missing, and we don’t know where it is.”

Kenyon said she believes a porter may have misfiled the painting. “This is a very large facility – 40,000 square feet on two floors. We don’t know what happened to the painting, but we don’t think it was stolen. We’ve reviewed our security camera footage and found nothing suspicious. It’s entirely possible that it may have become conjoined with another, larger painting. We have a part-time staff member whose current task is to search for the painting.”

Kenyon stressed that Sloans & Kenyon never negotiated the check that Winstead sent to pay for her purchase. “We held the check while we searched for the painting because we had hopes that it would turn up. I don’t know whether our accounting office returned the check to [Winstead] or not, but it would no longer be valid anyway, due to the amount of time that has passed,” she said.

Winstead was not satisfied with the explanation she received from the auction house and, in August, filed a lawsuit against Stephanie Kenyon and Sloans & Kenyon. In the suit, it was alleged that the painting had not been misplaced, but rather, was “sold…to a third party for a greater amount than what Plaintiffs agreed to pay.” Attorney Montgomery clarified the wording as follows: “The lawsuit sought specific performance for delivery of the painting and failing that, damages. We only alleged ‘upon information and belief’ that the painting had been sold to a third party. Pleading upon information and belief is an established method of pleading in a civil case, but the party must still prove their case at trial. To do this, the party will take the sworn testimony of the parties, or depositions, to use at trial. There was no trial since defendants did not answer the lawsuit…”

The defendants did not respond to the lawsuit, said Kenyon, because “it was improperly filed in the State of Louisiana (as opposed to Maryland).” Resultedly, the case was heard as a default in the Civil District Court in New Orleans. Judge Paula Brown tried the case and, on Oct. 31st, rendered a $44,940.52 judgment in favor of Winstead.

Attorney Montgomery told Auction Central News that the basis for the case was rightful ownership. “The law governing auction sales in all 50 states establishes that title to the lot passes to the highest bidder at the fall of the hammer. By law, Winstead became the owner of the Woodward painting on February 17, 2013 when she entered the highest bid for the painting, and Judge Paula Brown made this finding.”

In order to collect on the judgment, Winstead hired Rockville, Maryland, lawyer Scott N. Bergman, who took legal steps to garnish a Sloans & Kenyon account at EagleBank to satisfy the Louisiana judgment. To date, no funds have been accessed, but according to Attorney Montgomery, “…the bottom line is $44,940.52 was legally seized or ‘frozen’ from one of Ms. Kenyon’s accounts effective 3/31/2014. [Kenyon] has to fight the seizure in court in Maryland in order to have the funds ‘released’ from the seizure.”

Mongomery continued: “The bank has to file an answer to the Writs of Garnishment no later than May 1, 2014…(and) must also deposit the funds into the Registry of the Court.” Montgomery noted that the deposit of funds might not be required if Kenyon files papers to contest the seizure.

Kenyon said she only recently learned of the attempt to garnish funds. “Two days ago the bank told us they had been contacted about a garnishment,” Kenyon said. “We now have 30 days to appear before a judge with a motion to nullify the Louisiana judgment. If the judgment is nullified, the garnishment will be nullified, as well.”

After the case of the missing Ellsworth painting has been resolved, Kenyon may find herself in court again, but as the plaintiff rather than the defendant. She said that upon her attorney’s recommendation she is considering filing a defamation suit against Winstead.

“Something like this could damage our reputation. The allegation that we did something else with the painting, that we sold it privately for a huge amount of money, is simply false,” Kenyon said. “Why would we do such a thing? We still think the painting is going to turn up, and when it does, we’ll let Ms. Winstead know. She will have right of first refusal.”

The plaintiff’s attorney commented: “If defendants file a lawsuit…they will have no choice but to give sworn testimony on what happened to the Woodward painting.”

As it stands, the scorecard on this case is looking rather bleak. Winstead is without a painting she bid on 14 months ago, Sloans & Kenyon has lost out on the commission it would have made from the sale of the painting, and both Winstead and the auction house have incurred what one would imagine are substantial legal fees. The winner – if there is one – seems to be Robert Fastov, who consigned the now-missing painting to auction.

“He has been compensated,” Kenyon confirmed.

Copyright 2014 Auction Central News International. All rights reserved. This material may not be published, broadcast, rewritten, or redistributed. 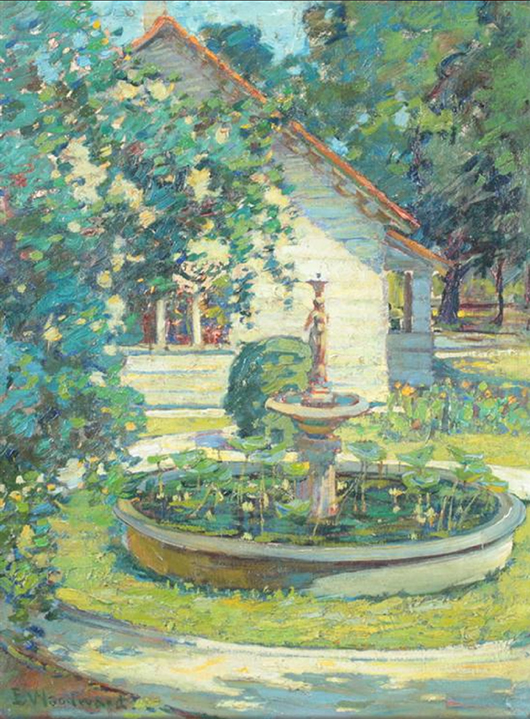