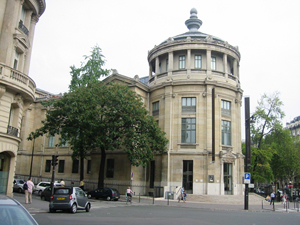 The sarcophagus, allegedly stolen from China, is on display at the Guimet Museum in Paris. This file is licensed under the Creative Commons Attribution-Share Alike 3.0 Unported license.

BRUSSELS (AFP) – A Belgian art dealer has died while held under surveillance in China for illegally exporting a sarcophagus that is now on display in a Paris museum, the Belgian foreign ministry said Thursday.

Kurt De Raedemaeker, 48, had been barred from leaving China when he died, a ministry spokesman said. Belgian broadcaster VRT reported that he had a heart attack.

“Belgium tried everything, even at the ministerial level, to bring him home. We asked for his repatriation for humanitarian reasons, but unfortunately it did not succeed,” said the spokesman, Joren Vandeweyer.

The art dealer and China expert acquired the sarcophagus in 2003 and then sold it to an American buyer, according to VRT. It is now at the Guimet museum of Asian arts in Paris.

Chinese authorities convicted De Raedemaeker of selling a national treasure worth 1.2 million euros ($1.6 million), but the Belgian insisted that the transaction was conducted within the rules.

He was arrested in January 2006 at Beijing airport and held in Gansu province in the northwest, where the piece of art came from.

In 2008, he was transferred to Beijing for health reasons and allowed to stay in a hotel with his partner, the Belgian foreign ministry said. He was allowed to travel within China but not leave the country.

The same year, a judge in Gansu handed him a life sentence, VRT said.

“The daily anxiety and psychological terror have deeply affected my health,” De Raedemaeker, who claimed he was innocent, wrote.

De Raedemaeker refused to cooperate with Chinese authorities, even when the American client offered to return the sarcophagus to China, the broadcaster reported.

He also refused treatment offered by China as long as his sentence was maintained, the foreign ministry spokesman said. 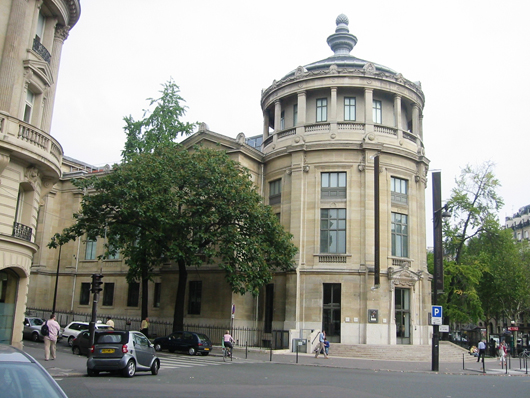 The sarcophagus, allegedly stolen from China, is on display at the Guimet Museum in Paris. This file is licensed under the Creative Commons Attribution-Share Alike 3.0 Unported license.