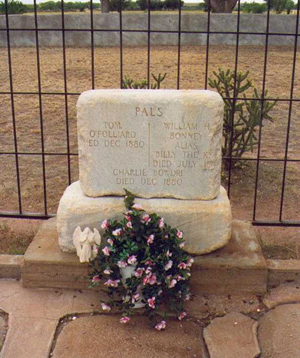 Outlaw Billy the Kid’s tombstone was pushed off its base. Image courtesy Wikimedia Commons.

FORT SUMNER, N.M. (AP) – The tombstone of Billy the Kid has been vandalized.

KOB-TV reports that the famous outlaw’s 2000-pound tombstone was tipped over and damaged earlier this month after thieves broke into the old Fort Sumner Museum.

De Baca County authorities say other graves in the cemetery were also vandalized.

In addition, officials say three antique rifles and a shotgun were stolen from the museum.

No arrests have been made.

De Baca County Crimestoppers is offering a $1,000 reward for information leading to an arrest. 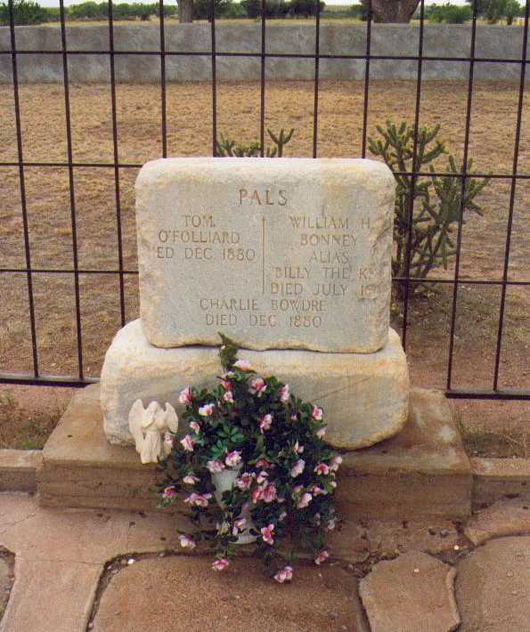 Outlaw Billy the Kid’s tombstone was pushed off its base. Image courtesy Wikimedia Commons.