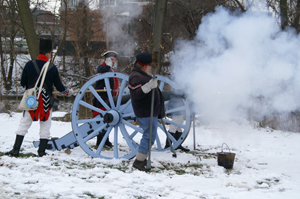 FORT WAYNE, Ind. (AP) – An antique cannon has been stolen from the replica of an early 1800s military fort in downtown Fort Wayne.

A volunteer at the Historic Old Fort found the cannon was gone on Tuesday and reported the theft to police.

Volunteer Norman Gable tells The Journal Gazette that group members who fire blank loads in the cannon undergo extensive training and it could be dangerous for whoever stole the cannon to shoot it off.

Volunteers say the cannon weighs about 200 pounds and is made of pig iron, so its scrap value is minimal.

Old Fort volunteer Sean O’Brien tells WANE-TV the group wants the cannon returned and a reward will probably be offered.

Anyone with information about the missing cannon may contact Historic Old Fort by calling 260-437-2836 or emailing info@oldfortwayne.org. 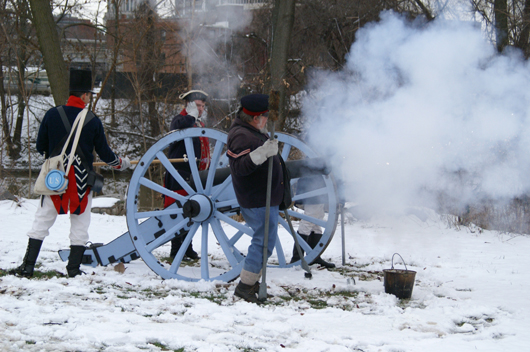 Three American forts were built in Fort Wayne. The current fort is a replica of the one constructed by Major John Whistler and his men during 1815 and 1816, and was the last fort to stand at the junction of the St. Mary’s, St. Joseph and Maumee Rivers. Image courtesy of Historic Fort Wayne Inc.