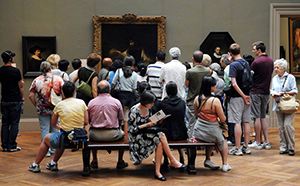 “In recent weeks, you may have read about a lawsuit filed by one of the Metropolitan Museum’s Fifth Avenue neighbors. It inaccurately alleges that the Met deceives the public by not making its long-standing pay-what-you-wish admission policy clear enough, and asserts that we are violating a nineteenth-century New York State law that once mandated that we be free to the public. This was followed by a second legal action, filed by the same law firm, seeking monetary damages.

We have explained to the press the genesis and legality of our recommended admission policy and intend to defend it vigorously. But the legal process takes time—so I wanted to communicate directly with you, our audience, about our admission policy, and to clarify its origin and importance.

First and most crucially, a recommended or suggested admission structure was instituted only after the Museum received approval from New York City’s Administrator of Parks, Recreation, and Cultural Affairs more than four decades ago. No current State legislation requires the Museum to be free to the public.

Second, the recommended admission policy is clearly posted at all entry points to the Museum’s Main Building and The Cloisters, on all printed materials, and on our website. Should a visitor ask a cashier about the admission policy, the message is always equally clear: the amount is voluntary; please pay what you wish.

So why did the Met introduce suggested contributions in the early 1970s? We hope the answer is obvious to anyone who remembers the Museum as it once was. The Met is now twice the size and must fund the maintenance of far more expansive galleries and a significantly larger collection, visited by three or four times as many people. Our costs—everything from guards to insurance to publications—have increased commensurately with this growth.

Even so, the Met has never imposed a fixed admission fee. Nor do we ever charge an extra fee to visit any of our world-renowned special exhibitions. One contribution at the door still enables you to see everything—the permanent collection covering over five thousand years of art, The Cloisters museum and gardens, and exhibitions devoted to topics as broad as Byzantium and Islam, Alexander McQueen, and the American Civil War. We often have as many as ten special exhibitions open at a time.

It might be noted that many New York museums operating under similar pay-what-you-wish policies do routinely charge an extra fee for their temporary shows. We work hard to make sure the entire Met remains affordably accessible to one and all. And we will increase that access even further starting July 1, when the Met will be open seven days a week—for the same suggested contribution.

We hope you know, too, that the Met continues to provide free group entry to more than ninety thousand New York City school students each year, as well as free admission every day to all children under twelve. In addition, we offer daily guided tours in multiple languages, along with daytime lectures, art-making programs, and storytime for young children—to name just a few of our free education initiatives. Significantly, we also maintain the online Heilbrunn Timeline of Art History, which has emerged as one of the most widely consulted art-historical resources in the world, with over 1.5 million visits a month.

The current Met operating budget is some $250 million a year. We rely on many sources—including Membership, gifts and grants, corporate contributions, merchandise sales, restaurant revenue, and endowment income—to meet these annual expenses, and admission revenue is critical among them. Much as we appreciate the continued support of the City of New York, direct government assistance and energy subsidies—once the Met’s largest sources of revenue—now constitute only 11% of our income. The fact is, even if future Museum admission rates were fixed at $25, the Met would still be underwriting the expense of every visit, which on average costs the institution more than $40.

Does the Met hope its visitors pay as generously as they can? Of course! Without your generosity, we might still be the quaint little museum in the park that few visited in the 1880s—with none of the glorious new galleries and engaging programs we are now able to provide to the more than six million people who come through our doors each year.

We are truly proud of our commitment to both scholarship and accessibility. We now must call upon our resources to defend a policy specifically designed to make our collections available to everyone, regardless of their ability to pay. As we do so, we know we can count on your support—as Members, as friends, and as people who understand the importance of art in our global society. I hope to see you in our galleries soon.” 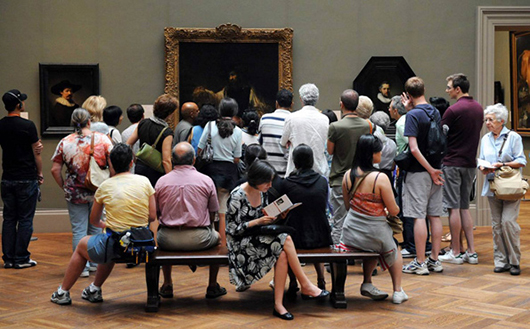