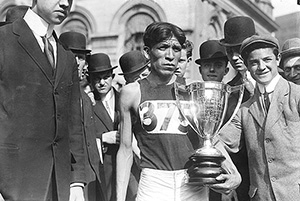 FLAGSTAFF, Ariz. (AP) – A former Hopi Tribe chairman has been charged with stealing a bronze bust of his grandfather, one of Indian Country’s most famous athletes, from a museum.

A criminal complaint filed in Hopi tribal court alleges that Ben Nuvamsa took the bust of two-time Olympic distance runner Louis Tewanima without permission from the museum on the northeastern Arizona reservation.

Nuvamsa contends the charge is frivolous and said he had permission to pick up the bust in August for display at an annual Labor Day weekend race that honors Tewanima, a silver medalist in the 10,000 meters at the 1912 Olympics.

“If anything, it belongs to the people,” said Nuvamsa, who lives in Pinetop. “Every year we celebrate his accomplishments, and people need to see it.”

Nuvamsa is scheduled to be arraigned on the theft charge next month. A warrant that was issued for his arrest was quashed Wednesday because authorities had the wrong address on file and he was not served with the complaint.

The bust, valued at $8,000, sits in a police evidence room after being recovered from a property on the Hopi reservation, said U.S. Bureau of Indian Affairs police Lt. Gibson Namoki. He declined further comment, citing the unresolved case.

The history of the bust is unclear. The criminal complaint says it belongs to a museum near the village of Shungopavi. But Nuvamsa contends the sculpture should be in the hands of Tewanima’s family.

Nuvamsa said Silas was not at the museum when he arrived to pick up the bust on behalf of the race organizers, who had displayed it in the past. But he said her brother led him to the sculpture and helped him load it into his truck. Nuvamsa said he then dropped off the bust with Tewanima’s other relatives. Tewanima died in 1969 but remains a source of inspiration for Hopi runners.

Nuvamsa left the chairman’s office in late 2009, less than two years after he was sworn in following a special election. His time in office was marked by political chaos and ended in his resignation and that of the vice chairman. 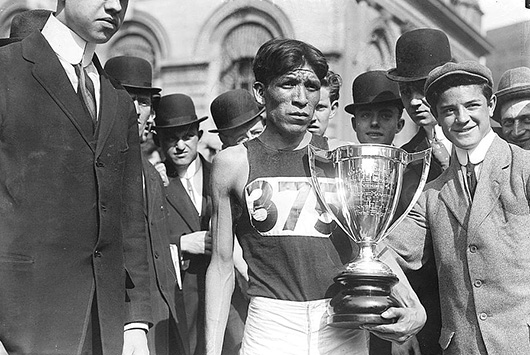 Stolen synagogue textile returns to Prague from US
Scroll to top