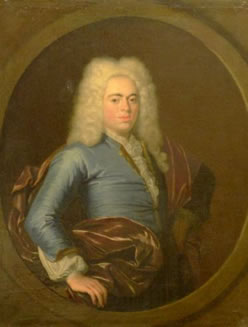 COLUMBUS, Ohio (AP) – The FBI has announced the return of a Polish painting believed looted by the Nazis during World War II to the government of Poland.

The FBI says the painting, “Portrait of a Young Man” by Krzysztof Lubieniecki was brought to the U.S. by a serviceman and later sold to art collectors in central Ohio who weren’t aware of its origins.

The painting was turned over to officials with the Polish Ministry of Cultural and National Heritage at FBI offices in Columbus.

The painting was created around 1728. Lubieniecki was a Polish Baroque painter and engraver active in Amsterdam during the Dutch Golden Age.