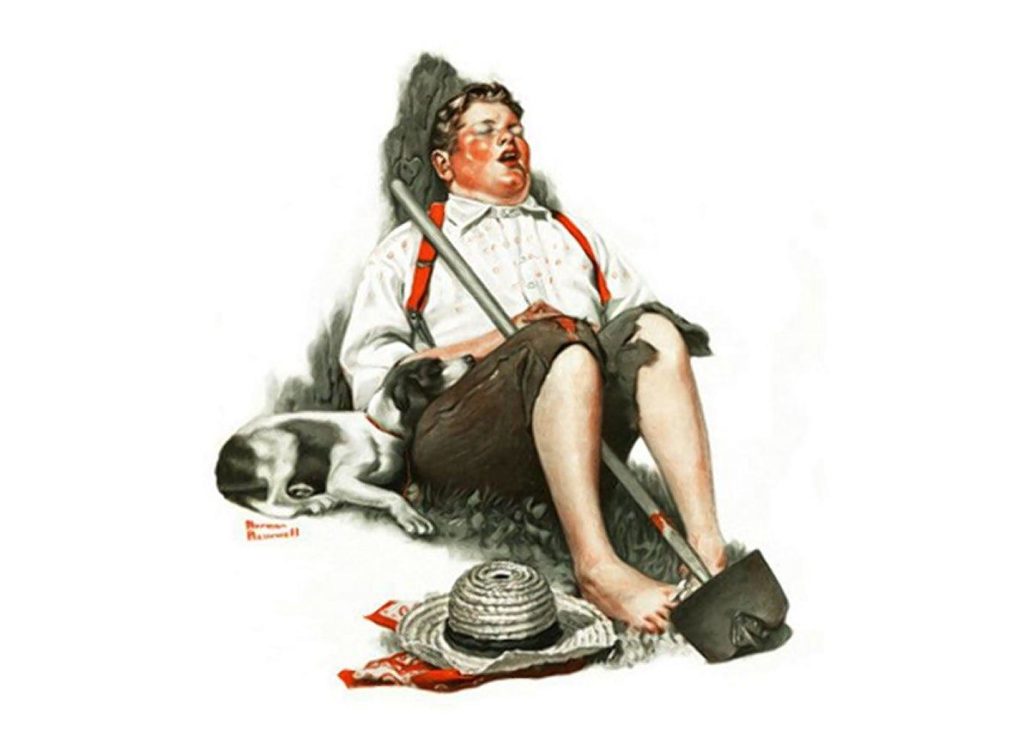 PHILADELPHIA (AP) – The FBI has recovered a 1919 Norman Rockwell painting stolen more than 40 years ago from a New Jersey home.

The painting, sometimes called Lazybones or Boy Asleep with Hoe, graced the cover of the Sept. 6, 1919, edition of the Saturday Evening Post. The oil-on-canvas piece was among several items taken during a 1976 break-in in Cherry Hill, a Philadelphia suburb.

Susan Murta tells The Philadelphia Inquirer she last saw the painting in her parents’ home in 1976.

An Inquirer story last year said the owner bought the painting for $75 after accidentally damaging it with a pool cue in 1954. It’s now believed to be worth more than $1 million.

It’s unclear how the painting was recovered. The FBI has scheduled a news conference for Friday.