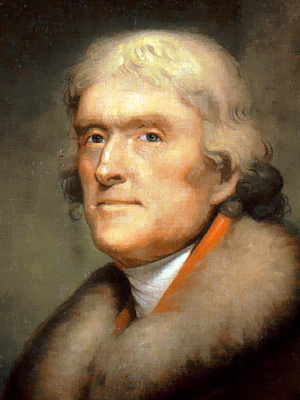 Americans have had a taste for fine wines since colonial times. Thomas Jefferson is known to have been a connoisseur. Image courtesy of Wikimedia Commons.

A federal judge in New York threw out the case. She ruled that the statute of limitations had run out.

He claimed that the auction house ignored evidence of fakery in the 1980s when it marketed several bottles of Bordeaux as originally owned by Thomas Jefferson.

He also claimed that Christie’s turned a blind eye to fraud in the rare wine business since those sales.

The judge also ruled that Koch wasn’t “injured” when he purchased a $4,200 bottle of rare wine at a 2008 Christie’s because he believed all along that it was a fake.

Christie’s has denied the charges.