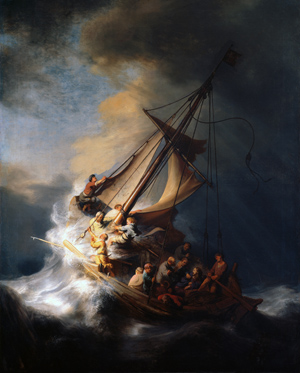 One of the paintings stolen from the Isabella Stewart Gardner Museum in 1990 was Rembrant’s ‘Christ in the Storm on the Lake of Galilee (Matthew 8:23-25).’ Image courtesy Wikimedia Commons.

BOSTON (AP) – Federal investigators are hoping that tactics that led to the capture of mobster James “Whitey” Bulger will help solve the 1990 art heist from Boston’s Isabella Stewart Gardner Museum.

Officials are finalizing plans for a public awareness campaign they say could go international and could, like the Bulger campaign, make use of billboards and television advertisements. The campaign would reintroduce the public to the 13 stolen works, including masterpieces by Rembrandt, Vermeer, Degas and Manet.

The stolen art has an estimated value as high as $500 million, and the heist has been described as the biggest museum theft in history.

The publicity plan comes as investigators step up activity in the probe. A grand jury has been activated and two houses have been searched within the past eight months.

“We have made it clear that we will be zealous and chase any leads,” U.S. Attorney Carmen M. Ortiz told The Boston Globe for a story Monday. While not providing details of the plan, she described it as part of “a very vibrant, ongoing investigation. It isn’t sitting on a shelf, that’s for sure.”

The FBI arrested Bulger and his longtime girlfriend a year ago shortly after starting the publicity campaign.

Two thieves disguised as police officers entered the museum on St. Patrick’s Day in 1990, and disabled two guards before stealing the masterworks.

The museum is offering a $5 million reward for information leading to the art’s recovery.

The FBI has searched the homes of Anthony Carlo, a 62-year-old ex-convict living in Worcester who has a history of art theft, and Robert Gentile, an ailing reputed gangster who was living in Manchester, Conn.

Information from: The Boston Globe, http://www.boston.com/globe 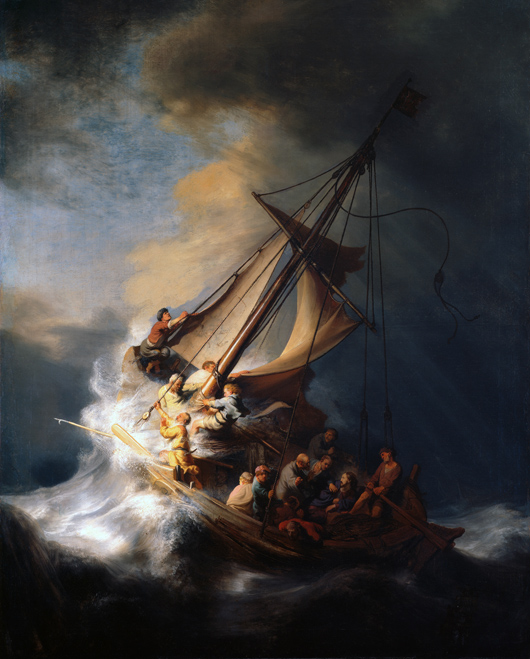 One of the paintings stolen from the Isabella Stewart Gardner Museum in 1990 was Rembrant’s ‘Christ in the Storm on the Lake of Galilee (Matthew 8:23-25).’ Image courtesy Wikimedia Commons.

5 inducted into Appalachian Trail Hall of Fame
Scroll to top