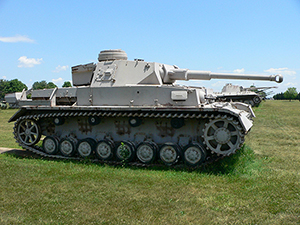 REDWOOD CITY, Calif. (AP) – A company headed by Microsoft co-founder Paul Allen has filed a lawsuit in the San Francisco Bay Area over a World War II-era German tank it says it paid $2.5 million for but did not receive.

The Panzer IV tank was part of a fleet of military vehicles amassed by Stanford University-trained engineer Jacques Littlefield, who kept them on his family estate up a winding, forested road above Silicon Valley. After his death, his family turned them over to the Massachusetts-based Collings Foundation, which put some of them up for auction in Portola Valley in July.

In the lawsuit filed Wednesday in San Mateo County, Allen’s company, Vulcan Warbirds, says it reached an agreement to buy the tank after the auction, but was later told there had been a misunderstanding and the foundation didn’t want to give the tank up. By then, it had already wired the money to the bank account of the company that was handling the auction, Auctions America, according to the lawsuit.

The lawsuit claims breach of contract and names Auctions America and the Collings Foundation.

Collings Foundation CEO Rob Collings told the Palo Alto Daily News (http://bit.ly/1pWSlM5) the tank was never sold. The company put it up for auction, but then reached its fundraising goal without selling the tank. The foundation was hoping to raise $10 million from the auction to help build a military vehicle museum at its Stow, Mass., headquarters.

“So the decision was made by our trustees that this was core to the collection and we’re going to keep it,” Collings said.

He said it was his understanding that Auctions America had returned the $2.5 million. Auctions America spokeswoman Amy Christie said in an email the company understands the matter is in litigation and is working with the parties to reach a resolution.

There are only five Panzer IV tanks in the United States, according to Vulcan Warbirds. The Seattle-based company leases rare military planes and vehicles to the Flying Heritage Collection, a museum located in Everett, Washington, the suit says.

Vulcan Warbirds said in a statement Auctions America had failed to honor its agreement, and it looked forward to restoring the Panzer IV tank and having it join a Sherman tank and other historic military aircraft and vehicles at the Flying Heritage Collection. 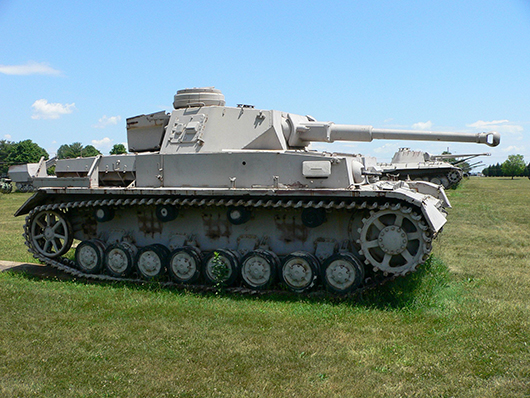