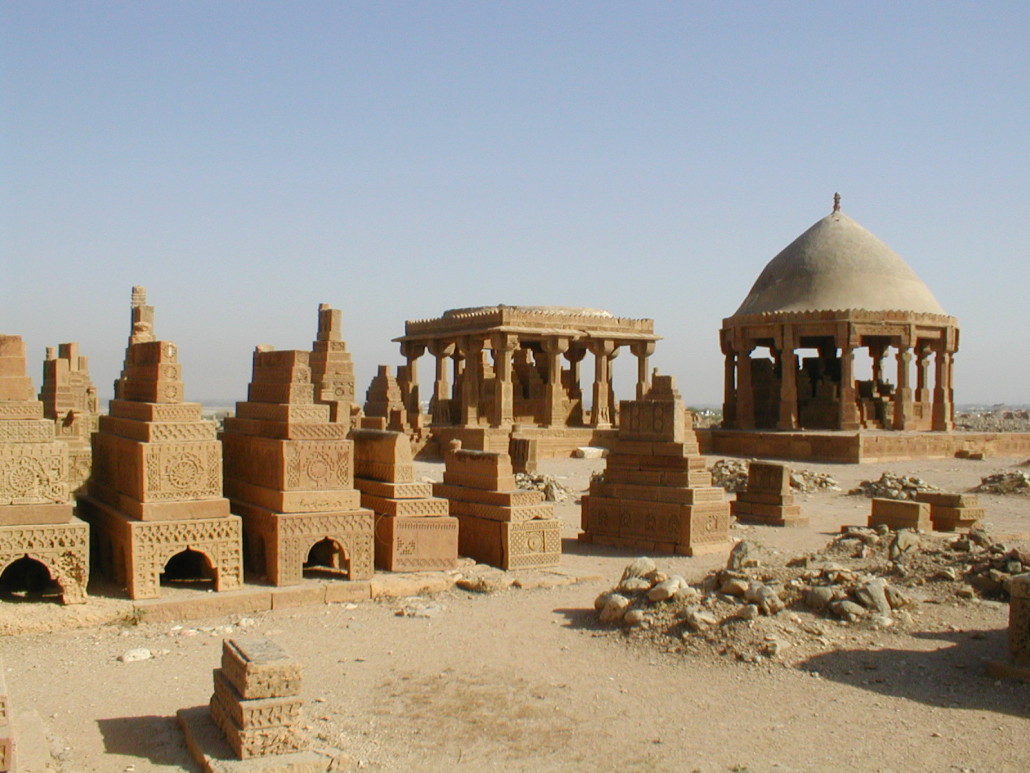 The Chaukhandi tombs outside Karachi, Pakistan are remarkable for their elaborate sandstone carvings. Image by Mwaqas. It is not know if artifacts were taken from these tombs. This file is licensed under the Creative Commons Attribution-Share Alike 3.0 Unported license.

ALEXANDRIA, Va. (AP) – A Florida antiquities dealer faces up to five years in prison after acknowledging he conspired to smuggle relics from Pakistani grave sites through Dulles International Airport near Washington.

Court records show that 51-year-old John Bryan McNamara of Orlando pleaded guilty to a conspiracy charge Friday in U.S. District Court in Alexandria. The two people with whom he worked were not named in the plea agreement and haven’t been charged.

McNamara told The Washington Post he agreed to participate in the scheme after one of the men contacted him out of the blue.

He acknowledged in his plea deal that he lacked approval to import some of the objects. He agreed that he and his co-conspirators tried to evade scrutiny by making false statements about an October 2103 shipment.