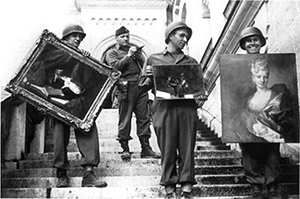 BERLIN (AFP) – Germany sought Tuesday to calm a row over art looted during the Nazi era by posting images online of 25 paintings including long-lost works by Matisse, Delacroix and Rodin with the aim of finding their rightful owners.

After a week of uproar over the revelation that German customs police had more than a year and a half ago seized about 1,400 treasured works stashed for decades in a Munich apartment, the government took a few steps toward transparency.

Public prosecutors in the southern city of Augsburg had been in charge of the investigation against Cornelius Gurlitt, the elderly son of Hildebrand Gurlitt, a powerful Nazi-era art dealer and collector who acquired the paintings in the 1930s and 1940s.

They had commissioned a sole art historian to catalogue the works, and insisted on discretion for their ongoing probe into charges of tax evasion and misappropriation of assets.

But when the case was blown open in a magazine report last week, Jewish families who believe the haul may include paintings stolen or extorted from them under the Third Reich and museums whose holdings were raided demanded to see a full inventory in order to make possible claims.

Amid angry accusations of foot-dragging and obfuscation, the German government said Monday it and the state of Bavaria had assumed responsibility for the provenance research and commissioned a task force of at least six experts to speed up the process.

It chose as a first step to post images on its official online database www.lostart.de 25 paintings “for which there is strong suspicion that they were seized as part of Nazi persecution”.

The website, which crashed repeatedly Tuesday apparently due to massive demand, is to be updated “regularly.”

The works shown included an undated dream-like allegorical scene by Chagall, a Delacroix sketch, the iconic 1901 work Two Riders on the Beach by Max Liebermann, a sumptuous portrait of a seated woman by Henri Matisse from the mid-1920s, and an undated nude drawing by Auguste Rodin.

The German government said investigators now believe that of the hundreds of works found professionally stored in Gurlitt’s trash-strewn flat, around 590 may have been stolen from Jewish owners or bought from them under duress.

About 380 works are believed to have been seized from museums amid a crackdown under Adolf Hitler on avant-garde, or so-called “degenerate”, art.

German authorities had already lifted the veil on some of the works at a news conference last Tuesday, showing slides of priceless gems in the collection including unknown Chagall and Otto Dix canvases to reporters.

Foreign Minister Guido Westerwelle said Germany’s hard-won international reputation for facing up to its Nazi past was on the line with the extraordinary discovery of the paintings.

“We have to make sure that we don’t fritter away the trust built up over long decades. It’s the time for transparency now,” he said on a visit to India, according to press reports.

The Munich daily Sueddeutsche Zeitung said Tuesday in a front-page story that the outrage triggered by the case had embarrassed Chancellor Angela Merkel.

Her spokesman Steffen Seibert had attempted to contain the damage Monday, telling reporters that Berlin “can well understand why representatives of Jewish groups in particular are asking questions—they represent elderly people who were grievously wronged, or their families.”

Hildebrand Gurlitt, who died in a car crash in 1956, was one of a small group of art dealers tasked with selling looted and “degenerate” art for the Nazi brass in exchange for hard currency.

He was selected, despite the fact he had a Jewish grandmother, for his broad expertise and top-drawer connections in the art world.

After World War II, U.S. troops known as “Monuments Men” investigating looted art confiscated part of his collection, but returned it to him in 1950 after clearing him in a probe. 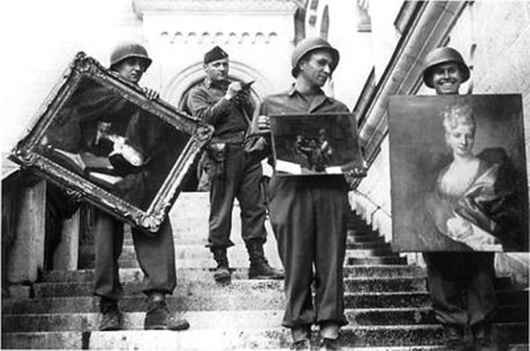 Swiss museum to decide next month on German art trove

Germany to step up research into Nazi art trove heirs