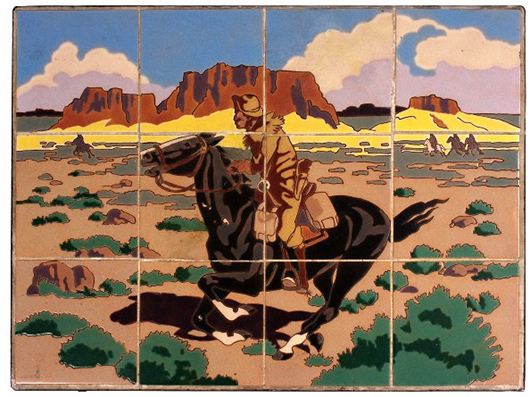 ST. JOSEPH, Mo. (AP) – Six gold coins from the time of the Pony Express have been stolen from a northwest Missouri museum that tells the story of the short-lived mail delivery service.

Daffron said a maintenance worker noticed the coins were missing Thursday night. She said she believed the thief, who was caught on surveillance camera, bought a pocket knife and used it to unscrew the back of the lock so he could get into the case where they were displayed.

“He was in here about two hours, looking around,” Daffron said.

She said she is hoping that the museum will be able to track down the coins if the man attempts to pawn them. The museum is considering beefing up security for the exhibit, including possibly purchasing an alarm-triggering mechanism for the lock.

The Pony Express operated for less than two years, from April 3, 1860, to late 1861. Riders switched to fresh horses every 10 to 15 miles, handing off to a new rider every 75 miles or so to complete the route.

The route west out of St. Joseph mostly followed the Oregon Trail from Kansas through what is now Nebraska and Wyoming. From there, it largely followed what is now U.S. Interstate 80 into Utah before veering south toward U.S. Highway 50 into Nevada and on to Sacramento, California.