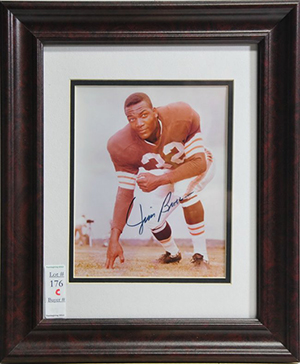 The lawsuit seeks to halt the sale of the ring in an online auction that ends Friday. It also seeks unspecified damages over broadcast remarks that Lelands’ founder, Joshua Evans, made about Brown.

A message left Wednesday with Evans was not immediately returned.

According to the lawsuit, the ring was stolen from Brown’s Cleveland home in the late 1960s and the robbery was reported to the police.

The lawsuit also accused Evans of making statements in print and broadcast interviews in recent weeks that implied Brown has diminished mental capacity as a result of taking thousands of hits as a football player. On at least one broadcast, though, Evans could be heard describing Brown as the greatest football player of all time and saying Brown was aware that a family member had sold the ring in the 1990s.

The lawsuit said the ring is priceless to the former Cleveland Browns player. The highest bid was $58,948 Wednesday afternoon.

Copyright 2014 Associated Press. All rights reserved. This material may not be published, broadcast, rewritten or redistributed. 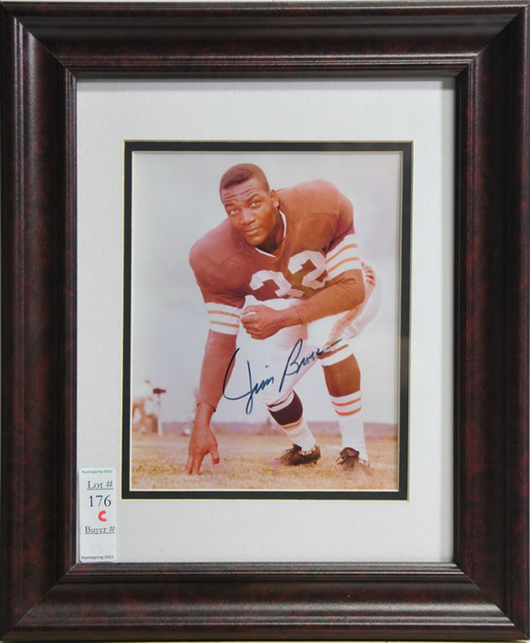