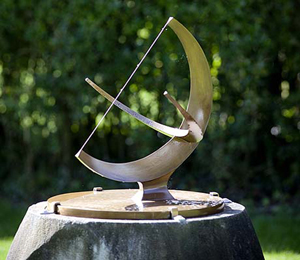 The 56 cm (22 in) Moore artwork, cast in 1965 and titled Sundial, was taken from the garden at the estate known as Hoglands either late Tuesday night, July 10, or during the early morning hours of Wednesday, July 11, police said. It had been positioned in the garden in such a way that it could be viewed and enjoyed from a large sitting room.

Richard Calvocoressi, director of The Henry Moore Foundation, said: “We are deeply saddened about the loss of Sundial from the gardens of Henry Moore’s former home and are helping the police in the hope it may be recovered. We take our care of Henry Moore’s sculptures extremely seriously and have installed heightened security measures here in recent years. We would be grateful if anyone with information would contact the police.”

Detective Inspector Paul Watts, who is leading the investigation said: “This Sundial sculpture is a valuable piece and we are very keen to speak to anyone who may have seen it…If you have any information in relation to this incident, please contact police immediately on 101, or alternatively Crimestoppers on 0800 555 111.”

Security was tightened after the 2005 theft of a Moore bronze from the Henry Moore Foundation’s own grounds. The work known as Reclining Figure 1969-70 weighed two tons and is believed to have been removed with a crane. Insured for more than $4.6 million, the sculpture was never recovered. It is feared that the piece was sold for scrap.

Henry Spencer Moore (1898-1986) was the son of a coal miner and, later in life, became immensely wealthy from commissions of large-scale abstract cast-bronze sculptures. Moore endowed most of the money he earned toward the establishment and perpetuation of The Henry Moore Foundation, which continues to support education and promotion of the arts.

The Henry Moore Foundation maintains the artist’s home, studios and grounds in Hertfordshire, as well as the world’s largest collection of Moore’s sculptures, drawings, graphics, textiles and tapestries.

The Foundation’s web address is www.henry-moore.org 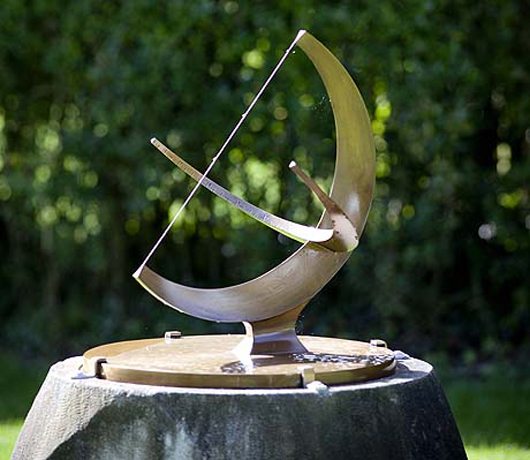 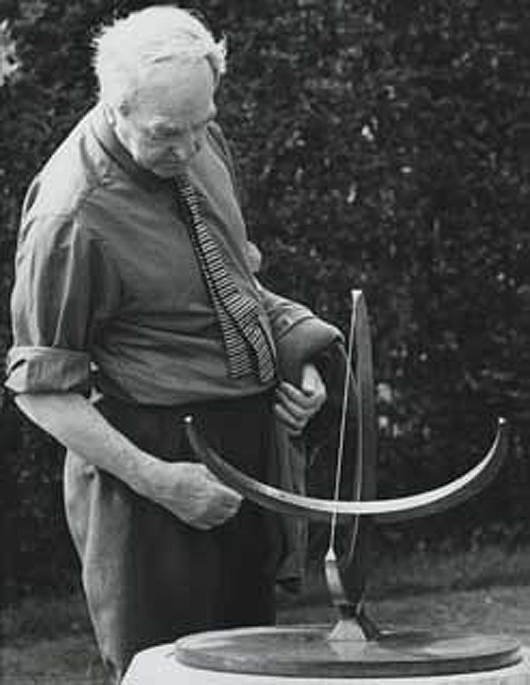 Henry Moore with working model for ‘Sundial.’ Circa-1969 photo from The Henry Moore Foundation archive.