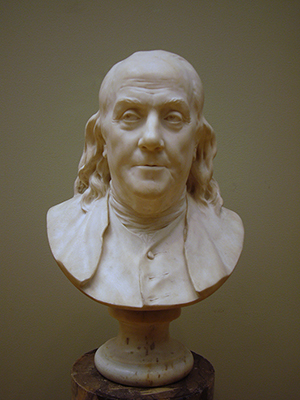 NORRISTOWN, Pa. (AP) – A housekeeper has pleaded guilty in the theft of a Benjamin Franklin bust allegedly worth $3 million that was taken from a home in suburban Philadelphia.

Andrea Lawton, 47, of Mobile, Ala., was living in Philadelphia when the bust was stolen Aug. 24. She allegedly fled to Alabama with the bust, before she was arrested Sept. 21 getting off a Greyhound bus in Elkton, Md., where she had planned to sell the sculpture.

Lawton told investigators she stole the bust because she wanted to get the owner of the cleaning service for whom she worked fired. She said crews who cleaned the home had been told it was valuable.

The 25-pound bust is one of only four created by French artist Jean-Antoine Houdon and was made while Franklin visited Paris in 1778.

Lawton pleaded guilty to state burglary charges Monday. She already faces a federal prison sentence, having pleaded guilty in December to interstate transportation of stolen property. She will be sentenced on that charge May 20.

Common Pleas Judge Carolyn Carluccio did not immediately schedule sentencing on the state counts, saying she wants to know more about Lawton’s background.

The bust has been broken while in Lawton’s possession and is being repaired by a New York City museum.

“She broke a priceless piece of artwork that was made while Benjamin Franklin was still alive,” Montgomery County First Assistant District Attorney Kevin Steele said.

Steele said he’ll ask for a “significant” prison sentence because Lawton has refused to identify an alleged accomplice who actually entered the home and stole the sculpture at her direction. Also missing is $80,000 worth of memorabilia relating to composer Victor Herbert that Lawton has told police are still in the possession of her accomplice.

“This is all one event,” John said, adding that Lawton is remorseful and that her guilty pleas show she’s taking responsibility for her actions. 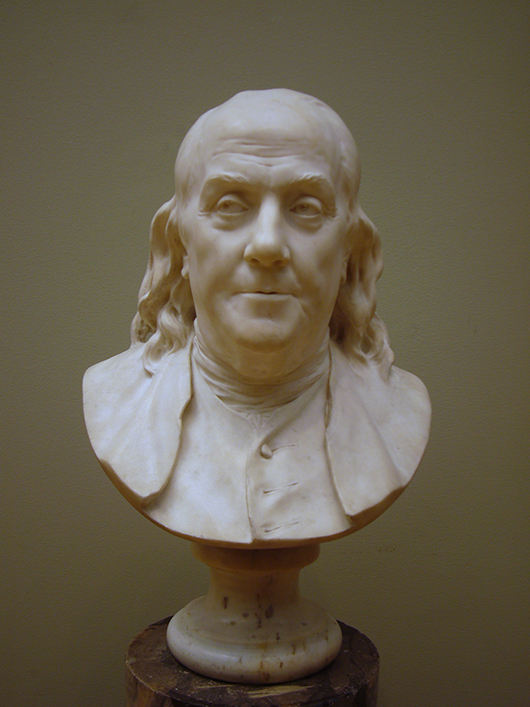 Kansas judge blocks use of ‘In Cold Blood’ files

Salvador Dali restrospective moves on to Madrid
Scroll to top