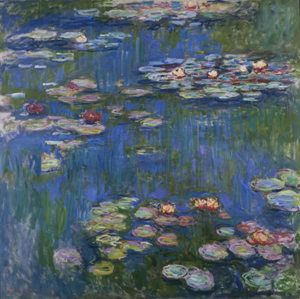 Unrelated to the court case, this is one of many works from Claude Monet’s (French, 1840-1926) series of paintings featuring water lilies. This painting, executed in 1916, is in the collection of the National Museum of Western Art in Tokyo. This work is in the public domain in the United States because it was published (or registered with the US Copyright Office) before Jan. 1, 1923.

MANILA (AFP) – The Philippines said Tuesday that justice was done in the conviction of a confidante of former first lady Imelda Marcos in New York for plotting to sell valuable looted artworks.

The special anti-corruption agency tasked with tracing the wealth stolen by the Marcos family said it would now seek to recover the money and artworks confiscated from Vilma Bautista, a former New York-based social secretary of Imelda Marcos.

“New York has seen justice done today,” the Presidential Commission on Good Government (PCGG) said, as it hailed the US prosecutors for recovering paintings that had been missing since the Marcos family fell from power in 1986.

Imelda Marcos, 84, known for her extravagant lifestyle, is alleged to have looted millions from state coffers when her husband Ferdinand Marcos was president from 1965 to 1986. She used this wealth to acquire jewelry, art, real estate and a massive shoe collection.

An army-backed popular revolt toppled President Marcos in 1986 and sent him and his family fleeing into exile. But much of their allegedly stolen wealth has not yet been recovered.

The PCGG said it had provided key testimony and evidence that led to the conviction of Bautista for conspiring to sell three valuable artworks including a piece from French impressionist Claude Monet’s “water lilies” series.

New York authorities began their investigation in 2010 after learning of the suspicious sale of a Monet painting by Bautista and her nephews.

They contacted the PCGG “as there appeared to have been other attempts by the defendants… to sell other paintings publicly known to be missing since 1986 and claimed by the (Philippines) as ill-gotten gains,” the commission said in a statement.

The New York authorities later seized a work by Monet and two other “internationally significant” paintings as well as “tens of millions of dollars representing the proceeds of the consummated sale,” the PCGG added.

All the artworks are on the PCGG’s “missing paintings list” of masterpieces lost after Marcos fell, the commission said in a statement.

“We will now be working to recover the proceeds and assets which were confiscated from Ms Bautista and which we assert are owned by the (Philippine) republic,” said PCGG chairman Andres Bautista.

Asked for a reaction, Imelda Marcos’s chief of staff Filedelfo Diaz said “Ma’am did not deny that (Bautista) was once her assistant. She made no further statement on the case in New York.”

The PCGG was established soon after Marcos was toppled, to try to recover as much as 10 billion dollars in assets believed stolen by the dictator, his family and allies.

Although the commission has recovered more than a billion dollars in assets, no member of the Marcos family has ever been jailed.

Following the death of her husband in 1989, Imelda Marcos and her family have made a political comeback. She is now a member of parliament while her son Ferdinand Junior is a leading senator whom she hopes will eventually run for president. 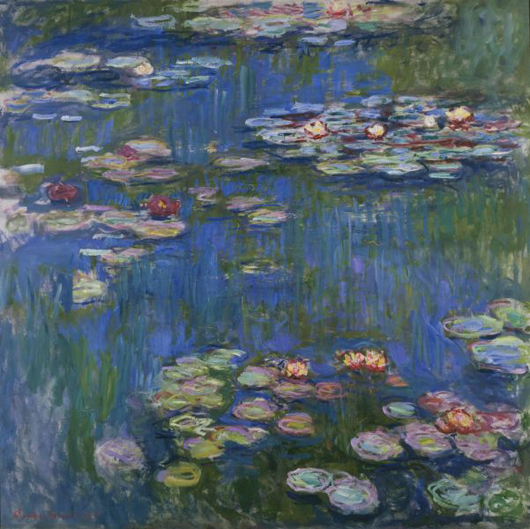 Unrelated to the court case, this is one of many works from Claude Monet’s (French, 1840-1926) series of paintings featuring water lilies. This painting, executed in 1916, is in the collection of the National Museum of Western Art in Tokyo. This work is in the public domain in the United States because it was published (or registered with the US Copyright Office) before Jan. 1, 1923.

University in Ohio gets Lincoln memorabilia gift
Scroll to top