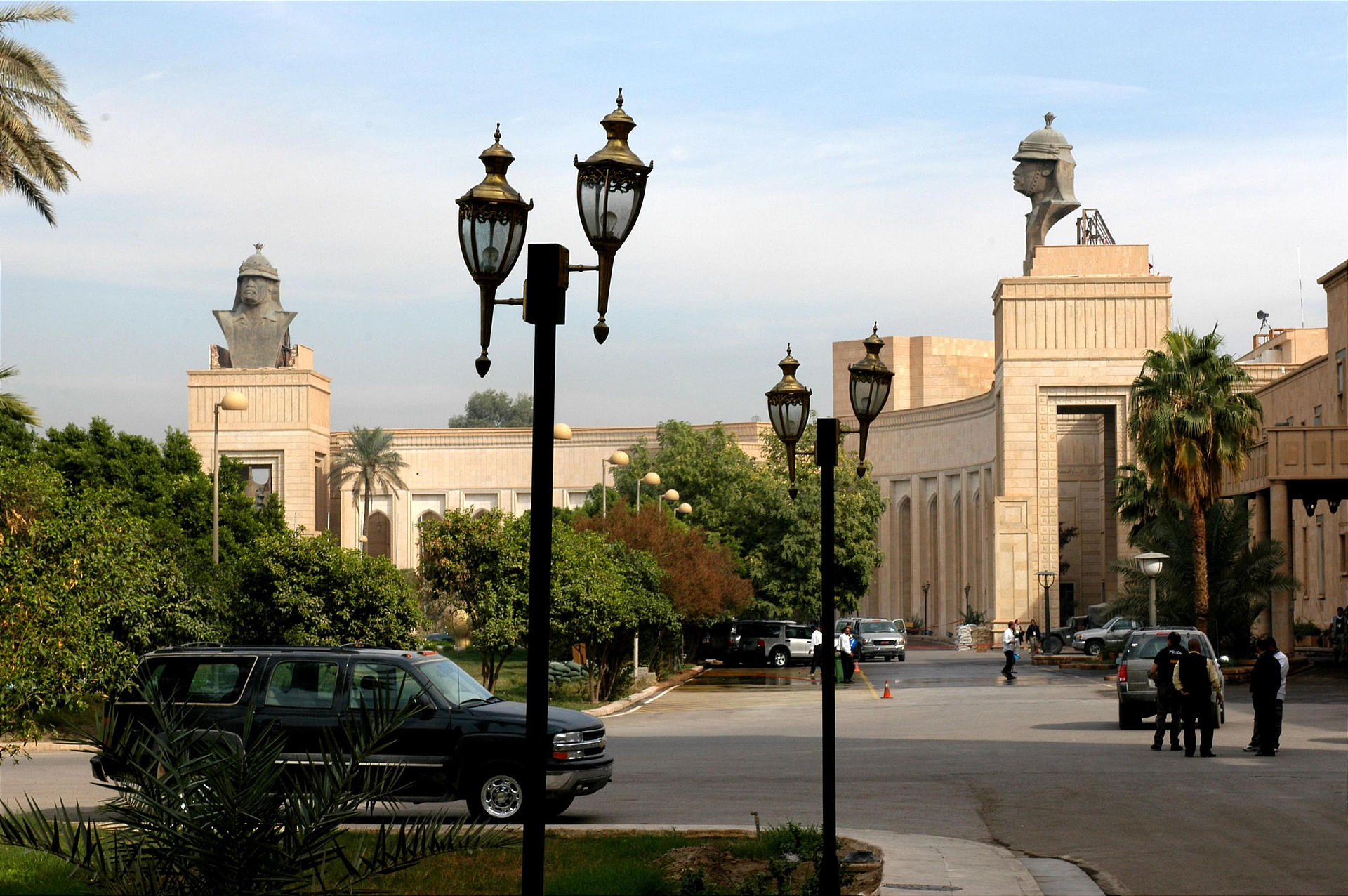 HARTFORD, Conn. (AP) – As the elected Iraqi government seeks diplomatic respect and struggles to save its ancient sites from the rampages of the Islamic State group, American military members, contractors and others caught with culturally significant artifacts they brought home from the war there are going largely unprosecuted.

Years after the war, swords, artifacts and other items looted from Saddam Hussein’s palaces are still turning up for sale and in some cases U.S. agents have traced them to American government employees, who took them as souvenirs or war trophies.

The materials are often returned once they become known, but defenders of the country’s historical sites and artifacts argue that won’t change anything. Smuggling cases are difficult to investigate, and prosecutors and courts generally have been satisfied to take them no further than forfeiture, said Patty Gerstenblith, director of DePaul University’s Center for Art, Museum and Cultural Heritage Law.

“Just giving the object up is not a deterrent,” she said.

No one is suggesting that U.S. service members removed cultural items en masse, and the souvenirs are not on par in value with the destruction wrought by the Islamic State group, which among other things has blown up parts of the ancient Iraqi Assyrian city of Nimrud. But the Iraqi ambassador to the U.S., Lukman Faily, said last month that Baghdad is committed to preserving its heritage, and that the return of looted archaeological items is a national project.

A spokeswoman for U.S. Immigration and Customs Enforcement said the agency does not know how many items have been brought here by government employees. Defense Department spokesman Mark Wright said the Pentagon does not track cases involving Iraq war trophies and has no indications of any related courts-martial. Such cases, he said, were not considered a major concern in the years after the invasion as the military dealt with a bloody insurgency.

The Iraqi Embassy said Faily was unavailable to comment this week and deferred to the U.S. government.

McGuire Gibson, a professor of Mesopotamian archaeology at the University of Chicago, said he knows of only one prosecution, and that was a civilian: author Joseph Braude, who was caught carrying three ancient marble and alabaster seals when he returned from an Iraq visit in 2004 and ultimately pleaded guilty to smuggling. Braude, a Middle East expert who had assisted the FBI and CIA earlier in his career, was sentenced to six months of house arrest.

“That’s the only one. It’s a slap on the wrist,” Gibson said. “I suspect that that’s the tiniest tip of the iceberg.”

Internet searches and anecdotes about rugs and other items from the Republican Palace turning up in stores suggest much more material came back from Iraq with Americans, Gibson said. The Oriental Institute, a museum at his university, is launching an effort to track down Iraqi artifacts, he said.

In a recent Connecticut case, federal investigators got a tip that gold-plated items from Saddam’s palaces were up for sale and traced them to an American man who had been in Iraq as a defense contractor. Confronted by investigators, the man acknowledged taking the water urn, door-knocker and soap dish.

The suspect’s background as a decorated U.S. military veteran and his forfeiture of the items factored into prosecutors’ decision not to charge him, said Bruce Foucart, the agent in charge of Homeland Security Investigations in New England.

“There absolutely was some egregiousness on our guy’s part on this,” Foucart said. But that contractor remains unidentified and unpunished.

The artifacts were returned at a ceremony at the Iraqi consulate last month with dozens of other pieces, including an Iraq government seal representing Saddam’s initials in Arabic that a civilian U.S. employee had shipped to a home in Maryland in 2004. That employee told Homeland Security Investigations agents in Baltimore last year that he did not realize he needed authorization to take the seal. The case was presented to the federal prosecutors, but they declined to file charges, ICE said.

The offices of the U.S. attorneys in Connecticut and Maryland declined to comment.

There is a long tradition of soldiers taking prizes home from war. In the past, some soldiers have faced larceny charges, and as concerns grew over imported weapons, the military in the Vietnam War era tightened restrictions on war trophies, which cannot be taken without approval from a service member’s chain of command. Civilian U.S. law also prohibits the import and sale of culturally valuable material that rightfully belongs to foreign governments.

More recently, the recovery of such items has become hugely important, now that Iraq has its own elected government and it’s in the U.S. interest to encourage global respect for it. Most recovered Iraqi valuables, including the most precious antiquities, are believed to have come into the U.S. through art smuggling rings. But with hundreds of thousands of troops and U.S. civilians having served in Iraq, there was plenty of opportunity for others.

A U.S. Marine, for example, bought eight ancient, looted stone seals from a street vendor in Iraq in late 2003. The FBI said that once he was back in the U.S, the Marine discovered their value and in 2005 turned them over to the FBI, which gave them back to Iraq.

The aftermath of the 2003 Iraq invasion made clear that the government has little interest in prosecuting service members, Gerstenblith said.

“It was virtually explicit that there was no appetite for prosecuting servicemen. There just wasn’t,” Gerstenblith said. “It’s ironic that there is still a lingering sense of war booty, spoils of war kind of thing, and that servicemen are entitled to take whatever they want.”

Culturally valuable items do not always come into Americans’ hands improperly. A ceremonial sword from Saddam’s office in Baghdad that was recovered in New Hampshire by federal agents and returned to Iraq in 2013 had been presented as a gift to the soldier, according to ICE.

One Marine, Sgt. Leonardo San Juan, was arrested and prosecuted in civilian federal court in California after his fiancé told a gun range instructor he had “AKs in her garage.” He agreed to plead guilty in 2008 to possession of an unregistered firearm, an AK-47 brought back from Iraq two years earlier.