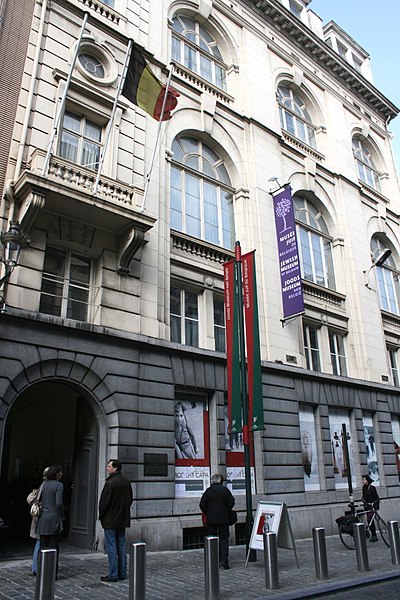 BRUSSELS (AP) – The trial of a man accused of shooting dead four people at a Jewish museum in Belgium in 2014 after fighting alongside extremists in Syria started in Brussels on Thursday amid high security.

The slaying was one of the first in Europe blamed on a foreign fighter — often young, radicalized people who trained or fought with the Islamic State group or other extremists, then returned home to commit atrocities like the November 2015 Paris attacks and the Brussels suicide bombings four months later.

Mehdi Nemmouche is accused of “terrorist murder” for gunning down the four — an Israeli couple and two people working at the museum — with a revolver and an assault rifle. The 33-year-old Frenchman’s alleged accomplice, Nacer Bendrer, aged 30, also appeared in court.

Flanked by police officers with their faces covered by balaclavas, and dressed in a yellow sweatshirt and light pants, Nemmouche confirmed his name, age and address, but made no other comments.

His lawyer, Henri Laquay, told reporters: “As you have seen, he is serene, calm, and he will decide the moment when he will speak.”

Security camera video from the May 24, 2014 killing shows a shooter wearing a baseball cap coolly gun down the Israeli couple at the museum entrance. He then walked down a corridor and fired into offices where the two other victims were, before pulling out an assault rifle to spray the offices after his handgun emptied or jammed.

It was over in 82 seconds and the killer strode away.

Nemmouche, who prosecutors claim fought alongside Islamic extremists in Syria, was captured in France almost a week later. He had been under surveillance by French and Belgian security services. French authorities also identified him as one of the jihadists who kept four French journalists hostage until they were freed in April 2014 in Syria.

Marc Libert, a lawyer representing the family of the Israeli couple, Emanuel and Miriam Riva, said he wants a guilty verdict.

“The family expects a lot of things from this first day, and the aim is obviously to get the two accused sentenced,” Libert said.

Nemmouche’s lawyers will outline their case on Tuesday, and questioning could also begin in earnest. The trial is scheduled to run until March 1.

One of the journalists held hostage in Syria, French reporter Didier Francois, told France’s Europe-1 radio Thursday that he believes Nemmouche was a member of the Islamic State’s “police” at the extremist group’s secret prisons.

“He tortured Syrians, Iraqis, the prisoners. When he took them to the toilets, he beat them on the way, there and back. We heard him yelling all night in French at Iraqis or Syrians who only spoke Arabic and could not understand what was going on,” Francois said.

“When I hear his lawyers say that he is perhaps someone who is very polite, very urbane… perhaps. He’s crafty. But me, I will never forget his capacity for violence and how dangerous be could be,” Francois said.

AP writer Angela Charlton in Paris contributed to this report.