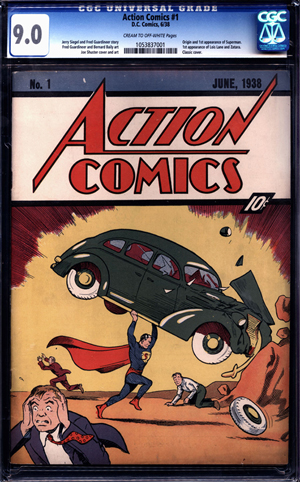 This CGC-certified 9.0 copy of ‘Action Comics’ #1, the highest-graded specimen featuring the first appearance of Superman, was sold by ComicConnect.com on Nov. 30, 2011 for $2,161,000, the top price ever paid for a comic book. Image courtesy of ComicConnect.com.

LOS ANGELES (AP) — DC Comics will retain its rights to Superman after a judge ruled Wednesday that the heirs of one of the superhero’s co-creators signed away their ability to reclaim copyrights to the Man of Steel roughly 20 years ago.

The ruling means that DC Comics and its owner Warner Bros. will retain all rights to continue using the character in books, films, television and other mediums, including a the film reboot planned for next year.

DC Comics sued the heirs of artist Joe Shuster in 2010, seeking a ruling that they lost their ability to try to reclaim the superhero’s copyrights in 1992. U.S. District Court Judge Otis Wright II agreed, stating that Shuster’s sister and brother relinquished any chance to reclaim Superman copyrights in exchange for annual pension payments from DC Comics.

Shuster and writer Jerry Siegel created Superman, who made his comic book debut in 1938 in Action Comics 1. Both men battled for increased compensation for the superhero throughout their lives and Siegel’s heirs have also fought DC for a stake in copyrights to Superman.

Shuster’s heirs had argued that the copyright agreements could be terminated under provisions that allowed creators of works made before 1978 a mechanism to reclaim their rights. Wright ruled that the decision by Shuster’s sister to accept higher annual payments created a new agreement and the pre-1978 rights no longer applied.

“We respectfully disagree with its factual and legal conclusions, and it is surprising given that the judge appeared to emphatically agree with our position at the summary judgment hearing,” the Shusters’ attorney Marc Toberoff wrote in a statement. He declined further comment, and Warner Bros. and its attorney Daniel Petrocelli also declined comment on the ruling.

Toberoff had argued that an agreement altering copyright interests would have been much longer than the one-page 1992 agreement between DC Comics and Shuster’s sister, Joan Shuster Peavy, and his brother, Frank.

The latest Superman film, “Man of Steel.” is scheduled to land in theaters in 2013. Director Zach Snyder told fans earlier this year at Comic-Con that his film would make the superhero more relatable than previous depictions that showed him as “a big blue Boy Scout up on the throne and you can’t really touch him.”

In April, the $412 check that DC Comics wrote to acquire Superman and other creative works by Shuster and Siegel sold for $160,000 in an online auction.

Anthony McCartney can be reached at http://twitter.com/mccartneyAP 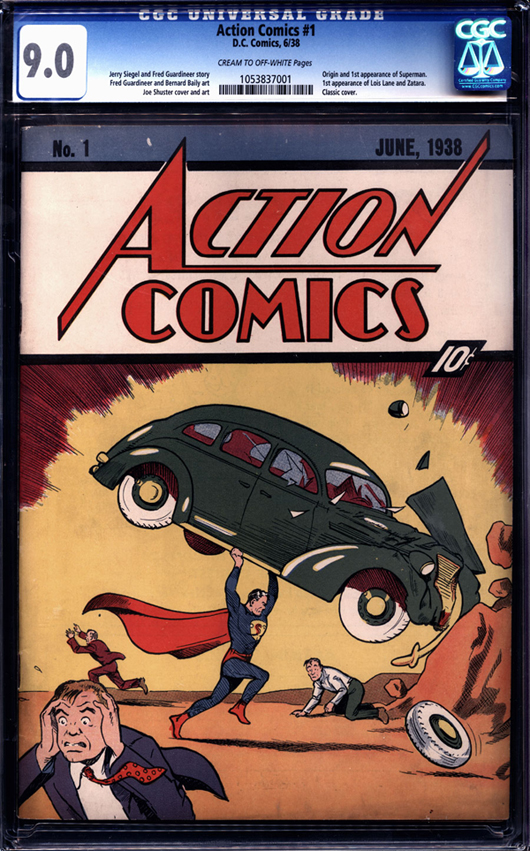 This CGC-certified 9.0 copy of ‘Action Comics’ #1, the highest-graded specimen featuring the first appearance of Superman, was sold by ComicConnect.com on Nov. 30, 2011 for $2,161,000, the top price ever paid for a comic book. Image courtesy of ComicConnect.com.

Slew of records set for antiques & collectibles in 2010