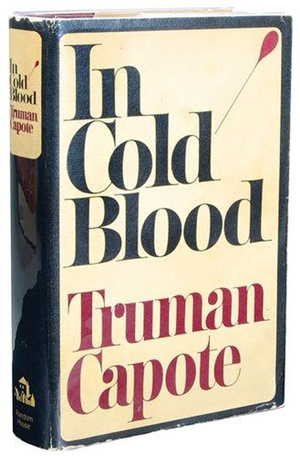 TOPEKA, Kan. (AP) – A judge ruled Tuesday that investigation materials from the 1959 In Cold Blood murders kept by a Kansas Bureau of Investigation agent at home may not be auctioned off or publicly disclosed until he’s had a chance to review them.

The materials include Nye’s personal journals, which mix notes from his KBI work with notes about personal matters, according to lawyers. The items also include copies of records and other materials about the investigation that inspired the Truman Capote Crime scene photos in his possession were returned to the state last year by his son.

Ronald Nye, of Oklahoma City, kept the other materials after his father’s 2003 death and gave them to Seattle memorabilia dealer Gary McAvoy to auction off. But the Kansas attorney general’s office contends the materials belong to the state, and it sued last year to get them back. Another hearing in the case is scheduled for November, to determine when it will go to trial.

Hendricks said his order will remain in place until the case is settled, but he left open the possibility that he could rescind it after reviewing the documents himself to determine how much private or previously undisclosed material they contain.

McAvoy and Ronald Nye now say they don’t plan to auction off the materials, and instead plan to write their own book about the killing of Herb and Bonnie Clutter and two of their children at their remote farmhouse in Holcomb. Hendricks’ order bars them from even speaking about the files’ contents publicly.

The judge said the materials fall under the Kansas Open Records Act, which allows law enforcement agencies to close their investigation records but limits the circumstances.

Tai Vokins, an Olathe, Kan., attorney representing McAvoy and Ronald Nye, said they’ll gather the materials in dispute and turn them over to Hendricks, so that he can review them, in hopes of getting him to modify or rescind his order.

“I’m disappointed, but at the same time, I’m glad to get the guidance from the court,” Vokins said after the hearing.

After the hearing, Schmidt issued a statement calling the judge’s decision “well-reasoned.”

“It is important for the KBI investigation materials to be returned to the state for the protection of the integrity of the records and out of respect for the Clutter family,” said Schmidt, who as attorney general appoints the KBI director.

Hendricks said the parties have raised numerous issues, such as whether Harold Nye acted improperly by keeping the materials at home and whether blocking their use violates Ronald Nye’s and McAvoy’s free speech rights. But he said the parties need to present more evidence on those questions.

In the meantime, the judge said if he allowed disclosure of the materials without seeing them first, “they’re out in the public” even if he later ruled the items should be returned to the state.

Two parolees, Richard Hickock and Perry Smith, were eventually convicted of killing the Clutters and were executed in 1965. Four years later, Harold Nye began a two-year stint as the KBI’s director.

The hunt for the family’s killers mesmerized the nation and drew journalists from throughout the U.S. to the small western Kansas town of Holcomb.

Hickock and Smith fled to Florida after the Kansas murders, and authorities in December exhumed their remains to test them for DNA in the hopes that it might help lead to a break in the unsolved killing of a Sarasota, Fla., family a few weeks after the Clutters’ deaths.

In Cold Blood, which takes the reader through the killings, the Hickock and Smith’s trial, and their execution is celebrated because it reads like a novel. However, scholars have long debated its accuracy.

Richard Adler, a forensic psychiatrist from Seattle, said the documents kept by Harold Nye are significant because Capote’s account of the Clutter case “may be inaccurate” in “pivotal ways.” Alder attended Tuesday’s hearing and said he’s reviewed some of the materials in question.

“The public would have great benefit in having access to them,” Adler said after the hearing. “This is a very celebrated case, and the general public’s understanding of the case stems from Truman Capote’s account.” 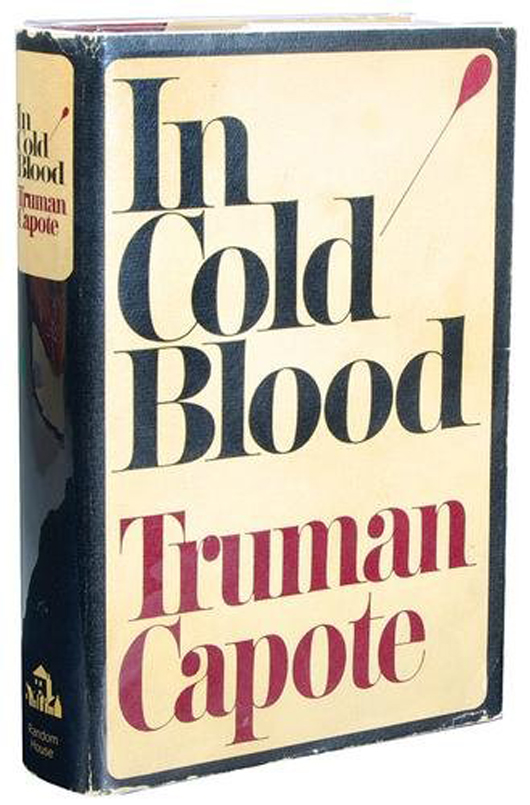 Beach Boys cache being auctioned off by Fame Bureau