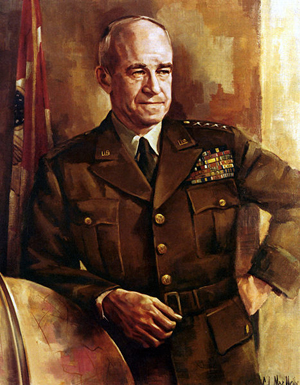 CLARK, Mo. (AP) – A 57-year-old Missouri man has been kicked out of town after being convicted of paying a teenager to vandalize a monument to hometown hero Gen. Omar Bradley.

Rex Barstow Sr. was sentenced to 60 days in jail and four years of probation and must pay nearly $8,000 to cover damage to the statue in the town of Clark. A judge also ordered Barstow to stay out of the tiny community in southern Randolph County.

Barstow was convicted in December of paying a 14-year-old acquaintance between $20 and $60 to knock over a new stone monument commemorating the life of Bradley, a Clark native and famed Army general in World War II.

The memorial has since been replaced.

Tentative deal struck in dispute over heiress’ will