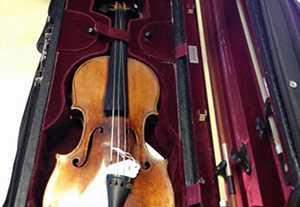 This Stradivarius violin, recovered more than two years after it was stolen in London, sold recently at auction for $2.3 million. Image courtesy of Tarisio auction house.

MILWAUKEE (AP) – Whoever stole a 300-year-old Stradivarius violin in Milwaukee would have a hard time selling it, experts said Wednesday.

The rare violin was on loan to Milwaukee Symphony Orchestra concertmaster Frank Almond. The robber used a stun gun on Almond and took the instrument from him Monday night in a parking lot behind Wisconsin Lutheran College, where Almond had just preformed

A retired FBI expert told the Journal Sentinel he expects the motive to be similar to that of high-end art thefts.

“Throughout my career, what I always saw in the end is that it was always about making money,” said Robert K. Wittman, founder of the FBI’s National Art Crime Team and author of Priceless: How I Went Undercover to Rescue the World’s Stolen Treasures.

“They are not about the pride of ownership or possessing an antique,” he said. “The ultimate goal is either getting paid by someone to take it or trying to sell it in some type of market, or it could be a situation for them to get some type of payment for it to be returned.”

Milwaukee Police Chief Edward Flynn has said the violin is valued in the “high seven figures.” Investigators believe the instrument, known in musical circles as the “Lipinski” Stradivarius, was the primary target.

Wittman said thieves often are good at taking, but not at selling, an item of such value. 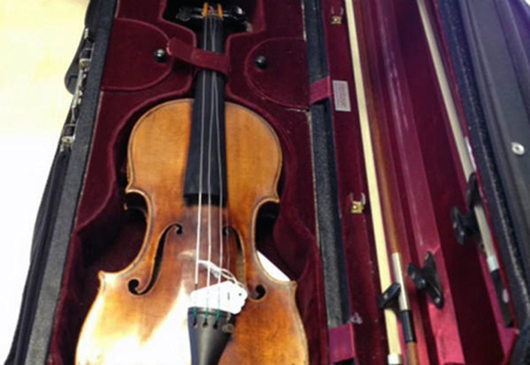 This Stradivarius violin, recovered more than two years after it was stolen in London, sold recently at auction for $2.3 million. Image courtesy of Tarisio auction house.