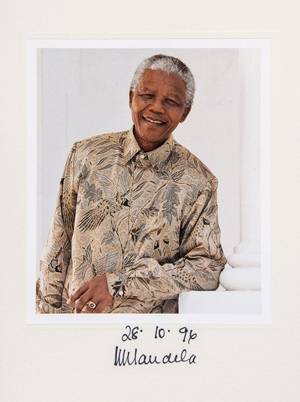 JOHANNESBURG (AFP) – A collection of unusual items signed by anti-apartheid icon Nelson Mandela are to go under the hammer on Thursday, on the eve of the former South African president’s birthday.

Among the 202 lots on sale are an array of kitsch items, including salt and pepper shakers in the shape of Mandela and FW de Klerk – the last president to rule over apartheid South Africa, with whom he won the Nobel Peace Prize in 1993.

Rarer still, a chess set made up of figures from either side of the apartheid battle – with pieces depicting Mandela, his former wife Winnie and Archbishop Desmond Tutu facing off with the old South African police on the other side of the board.

The auction also includes objects ranging from statues, photographs, refrigerator magnets, ostrich eggs, medals, books and even a batch of 850 Chinese telephone cards emblazoned with the image of Mandela, worth up to 5,000 euros.

What makes the sale special, according to the auction house behind it, is that Mandela signed many of the items.

“Nelson Mandela signed many, many, many things. And that’s what I like about it,” said Savo Tufegdzic of the Stephan Welz & Co. auction house.

“People always look for autographs, but there are only an handful of items signs by those celebrities. In the case of Nelson Mandela, every person can own a piece of him.”

The sale, which takes place at 5 p.m. GMT on Thursday, is expected to raise between 200,000 to 320,000 euros. A portion of the profits will go to the Foundation for Rural Development run by Mandela’s granddaughter Ndileka Mandela.

“Our estimates are not high,” said Tufegdzic. “It is not about making money on this auction, it is actually to encourage collecting. I don’t want to go and encourage people to sell Mandela items, I want to encourage them to keep them.

Nelson Mandela died on Dec. 5 last year. He would have been 96 on Friday.

His birthday of July 18 is an annual international holiday recognized by the United Nations. 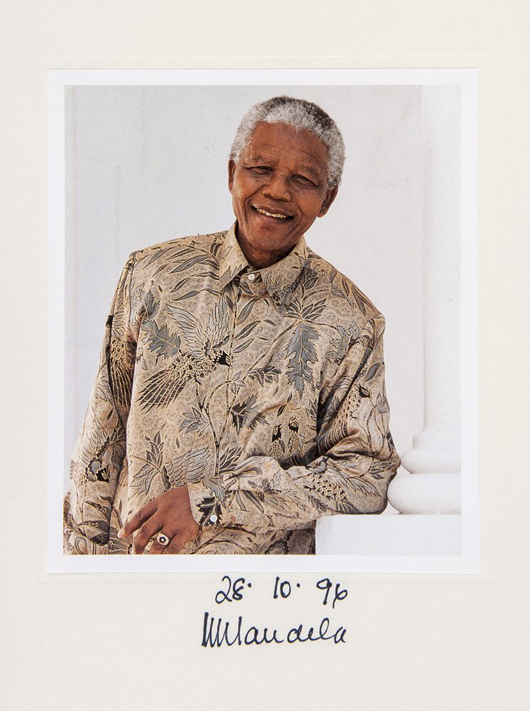